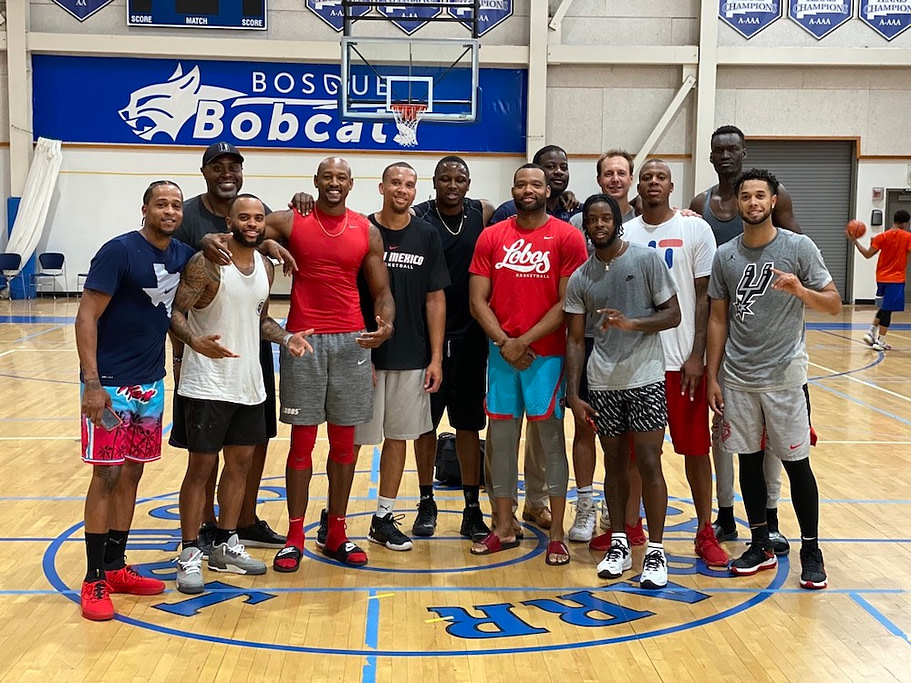 Full capacity is back at The Pit, and so are some all-time Lobo favorites.

The Enchantment will start their TBT competition in the Wichita Regional at Koch Arena on July 17, but New Mexico fans get to watch their favorite former players at an exhibition game on Sunday, July 11. Here is everything you need to know.

The TBT is a $1 million, winner-take-all basketball event. All games will be broadcast live on ESPN networks. The Enchantment was put together by former New Mexico assistant coach Brandon Mason.

The Enchantment, a No. 8 seed, will start its journey by taking on the No. 9 seed Stillwater Stars, a team made up of Oklahoma State alumni.

Scott Bamforth is listed on the official TBT website but he will no longer be joining The Enchantment.

The staff and roster does not look exactly as originally released in November. One of the original players who will no longer join the team is Alex Kirk. He recently explained that he couldn’t make it due to having to prepare for the upcoming basketball season in Tokyo, but still encouraged fans to support the team and the exhibition game.

Former Laker star Michael Cooper had been named as the head coach, but that role is now going Kenny Thomas, another former NBA player.

Click here to get tickets for the TBT Tournament.

Yesterday we got buckets together & shared laughs !! I had a blast sharing the court with my lobo brothers!! @jfenton21 @mathis290 @coach_bmase pic.twitter.com/Q6g5nBbXzd

The Enchantment, which will be referred to as Team Kelvin Scarborough, will compete against Team JB White. This game will follow the TBT Elam Ending. Both rosters could still see some changes, but these are the official participants as of July 8.

Sam Logwood and JaQuan Lyle were initially announced as part of the roster but will not be able to make it. Logwood was also going to participate in the dunk contest.