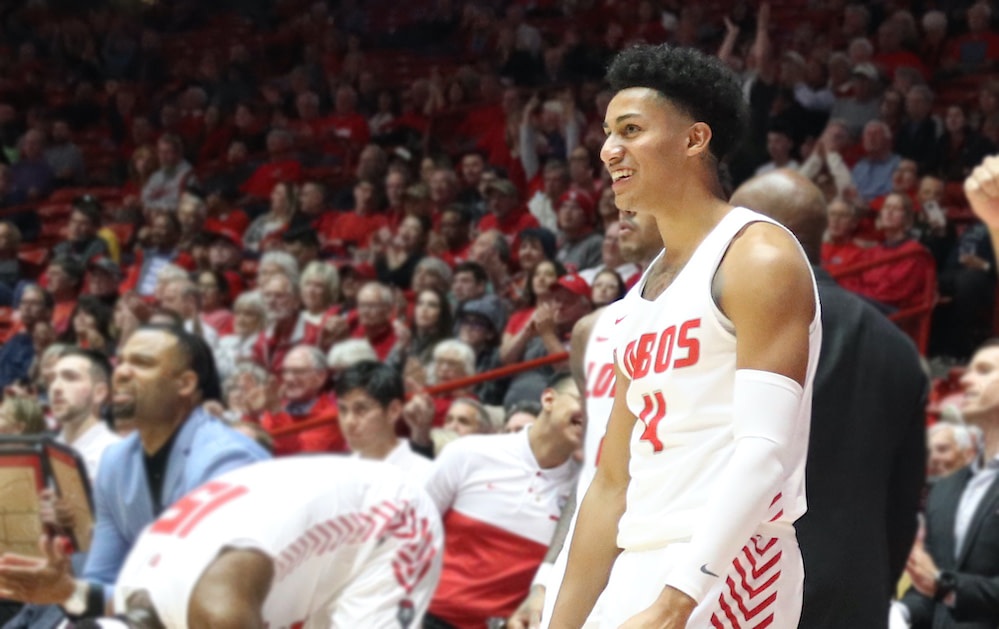 Tavian Percy: “They haven’t seen anything yet”

New Mexico sophomore Tavian Percy is averaging less than eight minutes per game this season, but he has done enough to start turning some heads.

“We need guys to help move the ball and keep the rhythm going. Tavian has been excellent,” said UNM head coach Paul Weir. “I wish I could find him some more minutes. I hope we can continue to, because he’s made a great jump from his freshman year and I’m really excited about where his career is going to go.”

Lots of Lobo fans have been agreeing with Weir and praising Tavian on social media. This is something that helps reassure Percy that he is on the right track. His secret to success is a simple one.

“It’s a mindset,” he said. “If you tell yourself you are better than you think you are, you can do as much as you like.” 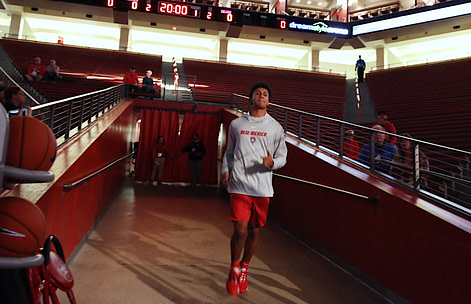 Percy visited New Mexico on April 2018 and committed to the school during that same trip. Scott Forman/ The Lair

Last year, Percy was a wide-eyed freshman who had been awestruck as he walked down the Pit ramp during his visit on April 2018. It was during that same visit that Percy got an offer and only took a couple hours to announce his commitment to New Mexico.

Percy knew college basketball was going to be a whole different ball game than what he was used to at Pasadena High School. As a high school senior he averaged 15 points, six rebounds, four assists and two steals.

Once he became a college freshman he decided he wouldn’t use his youth as an excuse. He had high expectations and worked hard to try to reach them.

Check out his freshman feature: Tavian Percy – Being a freshman is not an excuse

“Saying you’re a freshman, that’s an excuse like, ‘oh I can just sit back, not have to worry about what’s going on.’ I didn’t use that as an excuse,” he said. “I wanted to play right away as a freshman, to be honest. I took advantage of every opportunity I had.”

Percy did not get many minutes then. As a freshman, he appeared in 23 games, six of those as a starter, and averaged 7.3 minutes per game.

When he arrived at UNM the coaching staff wanted him to gain some weight. He spent a lot of time in the weight room, something that Percy said messed with his shot a little bit. This is not something he was content with so he decided to use the summer to work on his shooting technique, which he said did make a big difference.

Percy is still not getting a lot of playing time, averaging 7.9 minutes in the nine games he has played in this season. However, he does feel different when he steps on the court.

Percy said the older guys on the team teach him a lot about the game. While he learns from them, he is taking advantage of the minutes he does get and is patiently waiting for his turn to play a bigger role. For now, he’s grateful that people are noticing his efforts.

“I like it. More motivation. I feel like I just have to keep that up,” Percy said. “It makes me feel good. I’m happy the fans are happy with me. I have more to improve. All I have to say is, they haven’t seen anything yet. This is just the start.”