New Mexico soccer player Simon Spangenberg was named the Google Cloud Academic All-America® of the Year for Division I men’s soccer. The announcement was made by the College Sports Information Directors of America (CoSIDA) on Thursday.
Spangenberg, a senior from Brussels, Belgium. is a double major in computer science and applied mathematics. If that weren’t enough, he also has a minor in psychology and a 4.2 GPA.
Head coach Jeremy Fishbein said Spangenberg has set the bar high and has taken it to “a level few before him ever have.”
“This is a tremendous accomplishment and testament to the quality of our men’s soccer student-athletes and the impact they make on a national level, as well as the pride they bring to New Mexico,” the coach said on a statement.
His soccer career as a Lobo included 62 games (29 of those as a starter) and 2,508 minutes. The midfielder recorded four goals and two assists 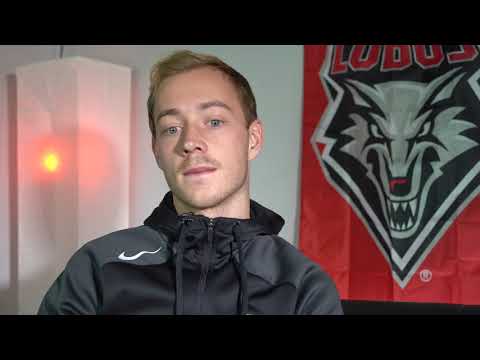 Spangenberg is the fourth Lobo to be named the Academic All-America® of the Year in his/her sport. The other UNM athletes include: