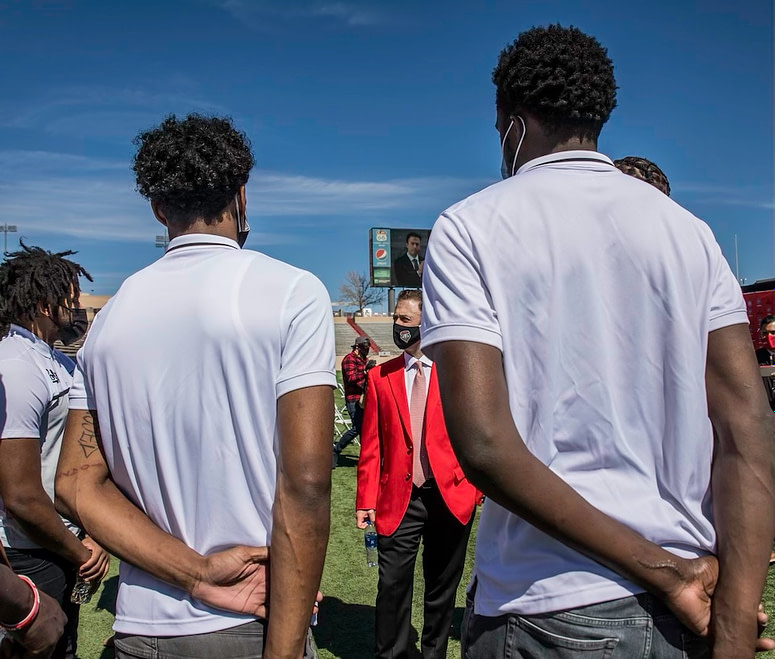 New Mexico head coach Richard Pitino had some more coaching staff updates this week. He met with the media on Wednesday afternoon.

Pitino is bringing Erick Brown as an assistant coach. Brown has 21 years of experience at the Division I level. Most recently, he spent two years with the Arizona State Sun Devils. Before that, Brown spent three seasons in the Mountain West conference with the UNLV Rebels.

Dan McHale will be staying with the Lobos, but his new title will be “special assistant to the head coach.” Another staff member staying is strength and conditioning coach Nick Michael.

On the roster side, Pitino didn’t have a lot of updates. Freshman forward Bayron Matos announced he was entering the transfer on March 17 while also keeping the option of returning to New Mexico. Matos has gotten calls from a lot of different schools, but no decisions has been made yet. He was not in town when Pitino had his introductory press conference and once he returned he had to quarantine.

Pitino said Matos did two workouts with the team, but after that the two of them had a conversation about how it was probably better if he didn’t workout with the Lobos while he was still in the transfer portal.

“We discussed that it’s best for him to explore that away from the team. I think it’s fair for everybody,” Pitino said.

The Lobos had two class of 2021 commits signed with former head coach Paul Weir. Nestor Dyachok decided to open up his recruiting, while Jamel King is still committed to New Mexico.

“He’s all in, that excites me,” Pitino said regarding King. “He’s versatile, can shoot the basketball. He’s got good length. He’s very, very eager to be a Lobo. We need guys like that.”