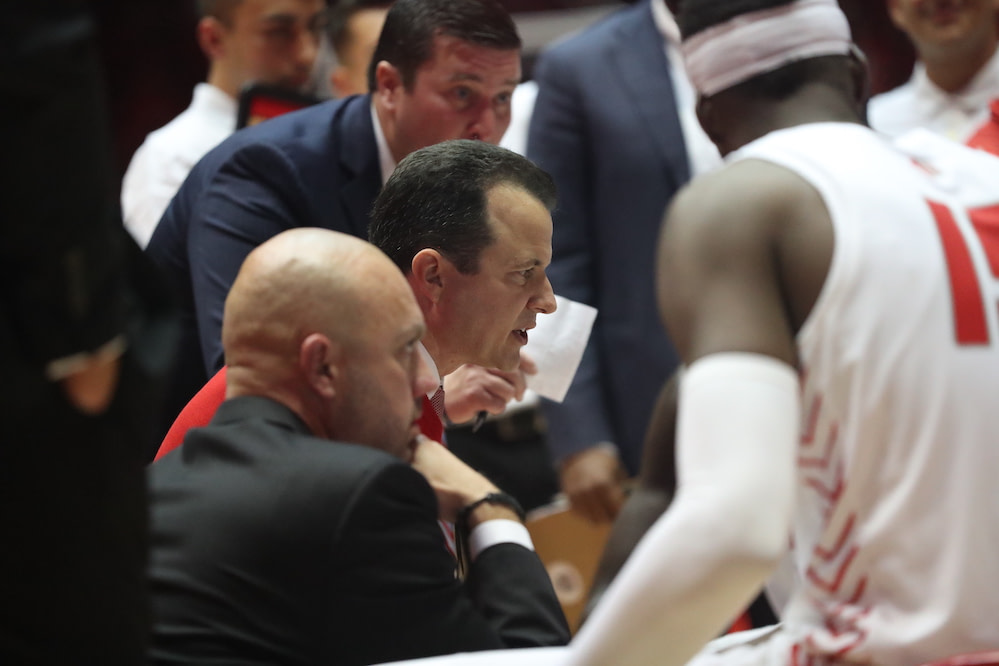 Quick look at Weir’s first three season with the Lobos

Head coach Paul Weir just ended his third season as the New Mexico Lobos men’s basketball head coach. Here is a recap of each of those three years.

Early struggles
The Lobos only got six wins during November and December. Their first win on the road didn’t come until Jan. 17.

Surpassed expectations
The season ended a lot better than it started, as the Lobos were on a five-game winning streak before heading to Las Vegas for the Mountain West tournament.

Anthony Mathis had a breakout season and became the team’s not-so-secret weapon from beyond the arc. He broke the UNM record for most three-pointers in a conference season with 66. Big difference from his freshman and sophomore seasons. In those two years, he played a total of 35 games but did not start a single one of them. 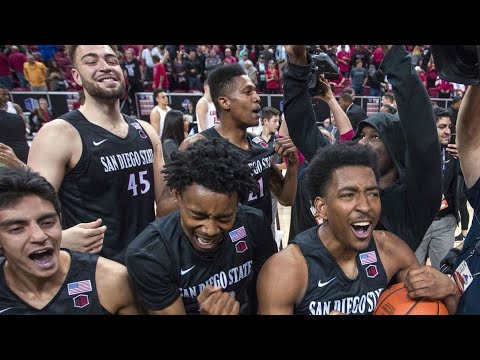 Higher expectations not met
New Mexico was predicted to be fighting with the San Diego State Aztecs for the No. 2 spot in the MW, but the Lobos ended up in seventh after the regular season.

Was the struggle a surprise? Perhaps not for the coaching staff. Weir said after the closed scrimmage against Northern Arizona that he knew his team still had a lot to work on, especially on defense.

JaQuan Lyle & Carlton Bragg
JaQuan Lyle, a transfer from Ohio State, had to sit out the previous season due to NCAA transfer rules. Everyone was looking forward to seeing him back on the court. But his return had to wait another year because he injured himself during practice before the season started (a ruptured Achilles tendon).

The school was looking for a waiver for Carlton Bragg to play during the first semester of the season. This didn’t happen. Bragg hadn’t played since March 23, 2017 but finally began to play on Dec. 16, 2018.

Vance Jackson
Jackson was named the Mountain West Preseason Newcomer of the Year. His performance during the regular season was not bad, but he began shining during the MW Tournament. This earned him the “Vegas Vance” nickname. Jackson made it to the MW All-Tournament team. He declared for the NBA Draft at the end of the season but returned to UNM.

Nevada game
The season didn’t go too well, but one of the most memorable moments was when the Lobos upset the undefeated Nevada Wolf Pack and fans stormed the court.

Nevada is no longer undefeated! pic.twitter.com/0T1NF9BoeD

New Mexico had big staff changes during the offseason.

The Lobos were predicted to take the No. 3 spot in the conference. Many described New Mexico as under the radar because of the talent the Lobos showed on paper, but was another disappointing season with the Lobos ending with the No. 7 seed.

Less than a week until the season started, the staff was still working on rotation. Talent was not lacking in the offense, but consistency wasn’t there. New Mexico got to the middle of January with a 15-3 overall record and 4-2 in the MW. This included a 13-0 start at The Pit, the Lobos’ best start to a season when playing in Albuquerque in the MW area.

As for the rest of the regular season… things didn’t go too well.

Four out of five starters
Late December, JJ Caldwell and Carlton Bragg were suspended for incidents independent from one another. Caldwell didn’t return to the team for the rest of the season. Bragg was allowed to rejoin on Jan. 3, but two games later he was arrested on DWI and possession of under one ounce of marijuana. He was removed from the team.

The absence of Caldwell had the team struggling in the point guard position. Zane Martin took over this area for a while. Bragg gone meant Corey Manigault was the only true big on the team.

Vance Jackson got injured when the Lobos played at Colorado State. The MRI didn’t show a long-term issue for his knee but he still had to sit out for a while.

JaQuan Lyle also suffered an injury, but when he was ready to get back, he got a two-game suspension for conduct detrimental to the team.

There was a point in the season when only one of the five original starters was available. This was Makuach Maluach, who began the 2019-20 campaign with efficient basketball that impressed the coaching staff and fans.

MW Tournament
New Mexico once again performed well in the postseason. The Lobos made it to the quarterfinals before losing a close game to Utah State. During the postgame press conference, Weir said his team showed they can fight and not give up easily. He hoped that the season taught his players to keep a good attitude in the face of adversity.

I asked Weir about the biggest takeaway from this drama-filled season: pic.twitter.com/WQ9q2Hs8IK