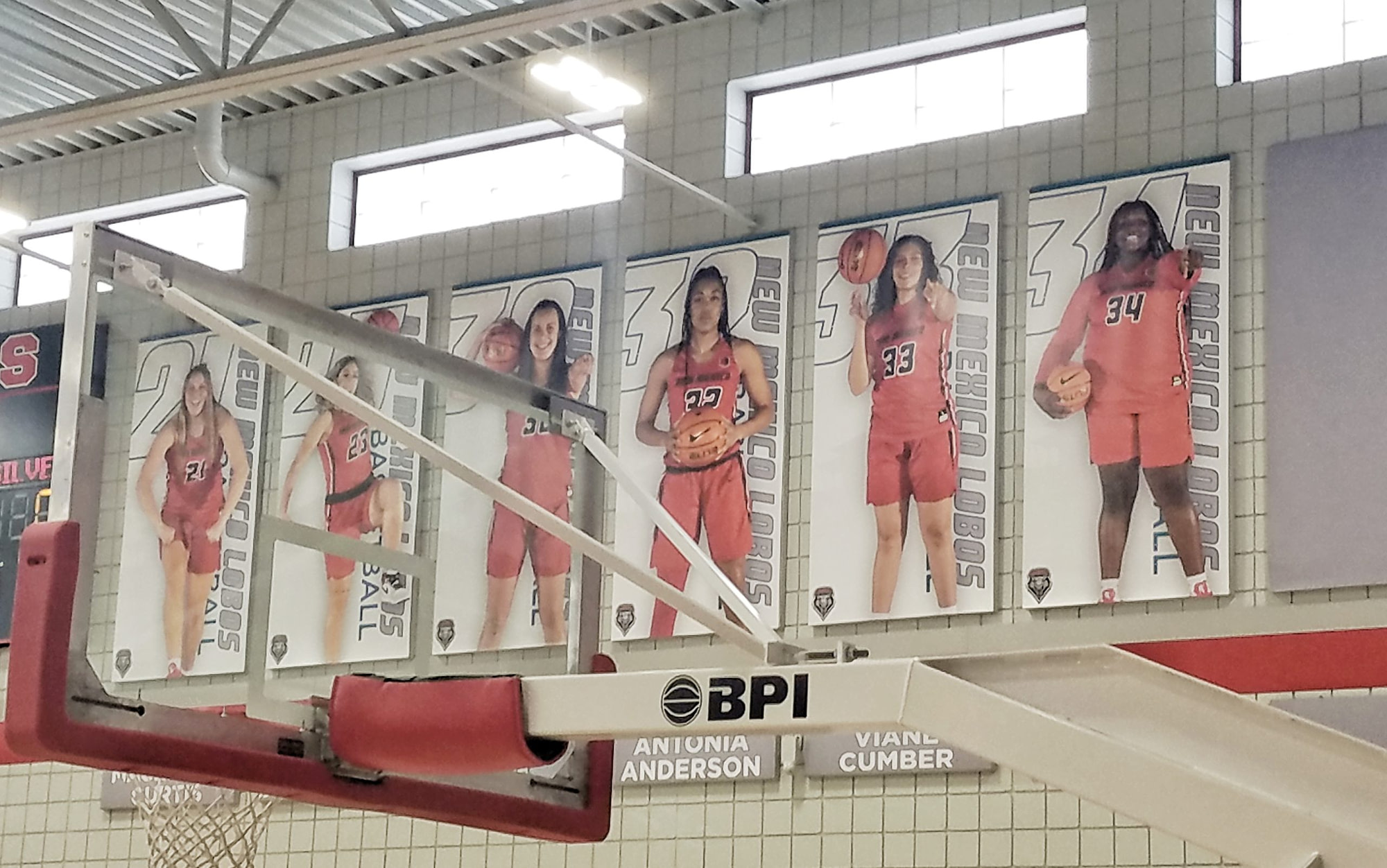 Practice This Week: Back to Basics, and Planned Spontaneity

After the disappointing second half against Prairie View I was anxious to see how practice would go on Thursday.  Usually after a performance like that, there is a decided increase in the focus the next few days.  With six games in the next eleven days, focus and execution will both be tested.

Watching, had had clear images come back to me from my time in the military.  No, probably not the kind of flashbacks many of you are thinking.

First, a return to basics.  When we would have a unit perform unexpectedly erratic the next training steps would go back to the beginning.  Back to the building blocks that everything else was assembled from.  And that was largely what practice was like.  Layup drills.  Half court passes to a layup.  Full court two-passes to a layup.  Set screen & roll to the basket.  One on one rebounding drills.  Defensive footwork, arm positions, and boxing out drills.  The same kinds of things that were run over and over in June. 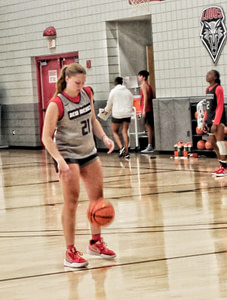 Yes, there were also some plays run, likely for one or more of the upcoming games.  And as usual those plays were a sequence of steps, each step leading to a choice to be made, and each branch of the choice leading to a potential shot—all dependent upon what the defense would do.  They ran through the two play sequences they focused on had up to six decisions to be made, and nine or ten potential different shots to be taken.  In those decision trees there was at least one branch that led to a shot by every one of the five players on offense—though some players have multiple potential opportunities to take the shot.  So far eight different Lobos on the roster have scored 10+ points in a game (this season or last season), and a couple more certainly are capable of that.

In this practice a lot of the shooters were hot and cold, but Mackenzie Curtis was on the whole afternoon.  Hitting threes, contested threes, and drives.  She has the ability to develop into an very complete scorer.

The rebounding drill was a bit different that the normal ones I have seen the team run.  Yes, it was about rebounding, but it was even more focused on what to do after the rebound.  The defensive rebounder was stationed directly under the basket, so they were at a significant disadvantage to get the ball.  The offensive rebounder was positioned to get 90% of the balls tossed up.  The main focus was “If the other team gets the rebound, what is your reaction?”, and the answer was to turn, get in a defensive posture and make the put-back attempt as uncomfortable as possible.

Everyone got to play the defender, one of the male practice players was usually the offensive player.  Over and over.  Gradual improvement with repetition.  Most players thought they were closely guarding, but were often told “no, not close enough”.  There was the ever present “keep your hands straight up”, and “don’t foul”.  Even when the defender was close enough to get bumped to the ground there would often be the “get closer”.  One exception was Aniyah who seemed to get within the opponent’s jersey most the time.

The second flashback was very different.  It wasn’t anything physical, but mental.  And it reinforced things I have believed about Mike since I started seeing his practices years ago.  He plays a much more mental game during practice than he usually admits.  And when I mentioned it after practice he had one of those “You caught me” kind of smiles.

About 30 years ago I worked for an Army colonel who had a loud, boisterous exterior.  He knew his job (and mine and yours), and was known to occasionally have a short fuse in meetings.  I had seen this a number of times when I was in a different part of the organization so I thought I understood him when I was moved into his section.  I did not understand.

Before one meeting that was expected to be contentious, he took me aside and said, “If I get up and walk out of the meeting, get up and leave with me”.  That’s all he said.  Sure enough, about half way through the scheduled meeting, he took exception to a proposal, raised his voice, hit the table, and in a few loud sentences explained why he though the proposal was foolish.  He looked something between shocked and irate as he stormed out.  I left with him, closed the door behind me, and followed him down the hall.  We rounded the corner and he broke into a big smile as we walked back to his office and he told me about “planned spontaneity”.

Since then I have watched a lot of people and seen a lot of situations I am convinced were planned spontaneity.  Including a number of times Mike Bradburry has exploded after a mental error in practice.  He will get loud, send someone off the floor, carry on for 20 seconds, and then calm down as if it never happened.  Walk over to the player, quietly explain, and have made his point—not just to the one player, but to everyone in earshot (and everyone at practice was in earshot).

Coincidental or not (personally I think not) this did not happen during the “back to basics” part of the practice.  There things were calm, explaining, instructive, and supportive.  It only seemed to happen in the latter parts where team drills were run and the basics were being put together into more complex pieces, and always followed by a calmer, quieter counterpoint.  As with all coaches, managers, and bosses it pays to have more than one tool in the tool box, and know the appropriate time to use each.