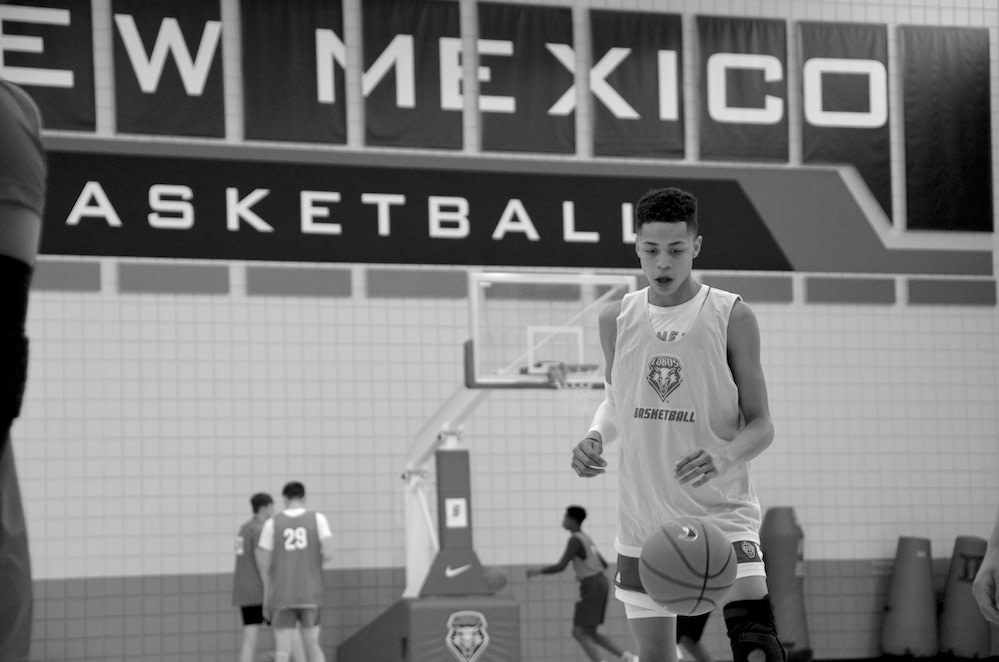 Paul Weir’s statement on the passing of JB White

“Coaches rarely miss even the smallest of details when reciting their first time watching that special player. The one whose playing career brought joy to many and whose on-court tales became the things of legend. I can perfectly recapture the scene of June 8th, 2018 and interrupting everyone around me with, “Who is THAT?” It was not hard to see who I was referring too – the tall, skinny kid with perfect shooting form that stood out from all the rest. The very next day I met the one they called June Bug and his grandmother to offer him a scholarship. It was there I began to unwrap the same beauty that he glided with on the court. His graciousness and God-given smile coupled with a devoted grandmother whose passion was inspirational to any of us with children.

I then watched him grow a little taller, listen to his voice drop, cry in the doctor’s office, endure the emotional rollercoaster of a boy without his Dad, and then try to live perfectly through it all to the impossible expectations I often regretted to have partly enkindled. But he persevered. There he was clapping and cheering on his teammates from the bench in the state championships while in foul trouble. The caring nature of his soul radiating in messages to me during difficult times that he loved me and was coming soon to help the team. In a feat few could accomplish, he studied all summer long to graduate from high school after his junior year. And then just recently, confidently declaring to me that he was ready to play this season and wanted to lead the team to the NCAA Tournament.

Oh the joy of watching his playing career extend itself to The Pit. The young man who grew up playing in Toby Roybal’s gym and was waiting in the shadows of Kenny Thomas and Alex Kirk was bursting with desire to prove so much to so many. To witness him effortlessly float in the cherry and silver and fulfil his dreams would have been the experience of a lifetime – for all of us. But for now, we pray for JB and his family, honor his beauty both inside and out as passionately as we can. His room still dressed like a teenage athlete – his Santa Fe jersey on one wall, his Lobo jersey on the other, a poster of Michael Jordan here, letters he received from college coaches over there. Though taken from us much too soon, he is moving on with his precociousness still intact and the legacy of a full lifetime. We all must remember his essence not only to celebrate a beautiful boy but for our own benediction.”