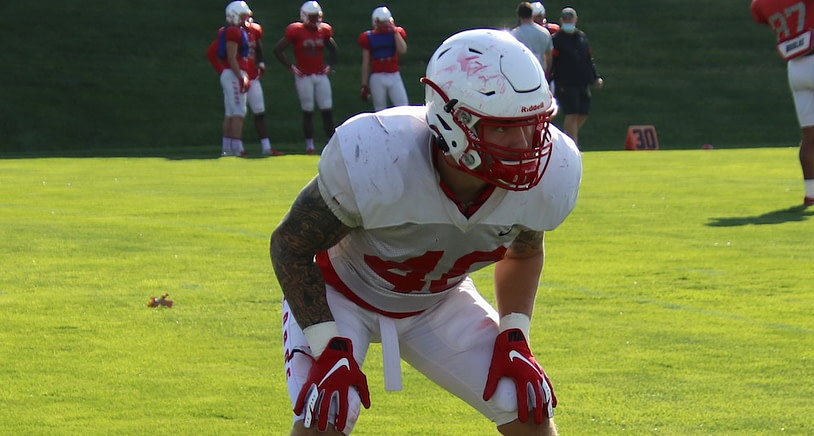 The University of New Mexico football team will not be traveling to Colorado State this weekend, announced Athletic Director Eddie Nuñez on Tuesday. The game will be declared a no contest with no plans to reschedule.

Nuñez received a call from UNM President Garnett Stokes 20 minutes before speaking to the media. The Mountain West released a statement about the cancelation of the game around the same time.

“Due to the prevalence of the COVID-19 virus in Bernalillo County and in accordance with state guidelines, the University of New Mexico is unable to participate in the scheduled football game on Saturday, Oct. 24, at Colorado State University,” the statement read.

The Lobos paused practice last week when eight players and a staff member tested positive for the coronavirus. Nuñez said there has been another positive test since then.

Small group workouts replaced the full practices the team had been allowed the last few weeks. Head coach Danny Gonzales said his players have committed to staying safe, going as far as letting the staff know where they are 24 hours a day. While the news were disappointing, Gonzales said they will continue practicing for their home game against San Jose State on Oct. 31.

“I’m a very positive person. You can’t let things break you. I try to relay that message to our team,” he said. “I think your team is going to take on the attitude and the personality of the guys who are in charge, and I think we have a great coaching staff that is committed to doing this.”

While preparing for CSU, the coaches reminded the Lobos every team meeting about how the Rams have won the last 10 games. Gonzales wanted them to use the feeling of embarrassment as motivation. New Mexico won’t get to redeem itself this year, but the expectations for the overall attitude have not gone down at all.

Last week, Gonzales and Defensive Coordinator Rocky Long admitted their roster was still not playing as “mean and nasty” as the staff expects them to. Without full team practices it will be harder to get a feel of how the team will perform in a real game, whenever that happens, but the coaches want to see toughness no matter the situation.

Even while working in small groups, coach Danny Gonzales expects his players to play tough football.

“You’ve seen that movie Fight Club? I would like to put two of them in a room and see who is going to come out, find out who the toughest kids are. Can’t do that in this day and age,” Gonzales laughed.

This became the first cancelled MW conference game this season. The chances of New Mexico hosting a game next week are slim but, as of Tuesday, that game is still on the schedule. The Lobos will have gone 336 days without playing, which the UNM athletics department says is the longest span between games in over 100 years.

“It’s just one more door we gotta knock down. The door is the COVID door,” Gonzales said. “Our kids need to continue to prove that they are committed to doing this. Can’t let some disappointing news change their focus and their commitment.”