The Colorado State Rams showed no mercy as they handed the New Mexico Lobos a 105-72 loss at Moby Arena on Wednesday night.

New Mexico dropped to 15-4 overall and 4-2 in the Mountain West. Colorado State improved to 12-7 overall and 3-3 MW. Twelve wins is the same number of victories CSU had during the 2018-19 season.

The 105 points were the most the Rams have ever scored against the Lobos. Their offense had six players score in double digits with Isaiah Stevens leading all scorers with 19 points, going 7-for-10 from the field and 5-for-6 from beyond the arc.

With Carlton Bragg gone, New Mexico only had one true big available, Corey Manigault who got two fouls within the first six minutes of the game. Saying the Lobos struggled defending from beyond the arc is almost an understatement as the Rams successfully hit 19 of them. This is the most three-pointers in school history.

This is what happens when you leave @isaiahstevens7 THIS wide open! pic.twitter.com/zVZvScmWrA

Defending three-pointers was not New Mexico’s only issue. The Lobos had 21 turnovers and only 10 assists. Eight turnovers came from JaQuan Lyle who is usually the Lobos’ most consistent scorer, but on Wednesday he only made four field goals and finished with nine points.

Redshirt junior Zane Martin was the lone Lobo player to score in double figures, collecting 17 points with  7-for-11 shooting, including two three-pointers.

One of the few positive thing for the Lobos on Wednesday was freshman Emmanuel Kuac showing potential by taking advantage of the 12 minutes he got on the court, the most he has had as a Lobo. He put up eight points going 3-for-4 from the field, including making both of his two three-pointer attempts.

The Lobos also managed to beat the Rams from the paint 44-30, an area CSU head coach Niko Medved said he knew was one of New Mexico’s strengths.

“I thought our guys did a great job at being connected and trying to keep the ball where we wanted,” Medved said. “They are a talented team. They’re big and they’re physical and they can really hurt you in the lane. But I thought in the most part in the half court our defense was pretty solid.”

Up next, the Lobos continue on the road as they travel to Las Vegas, Nev. to take on the UNLV Rebels on Saturday afternoon. 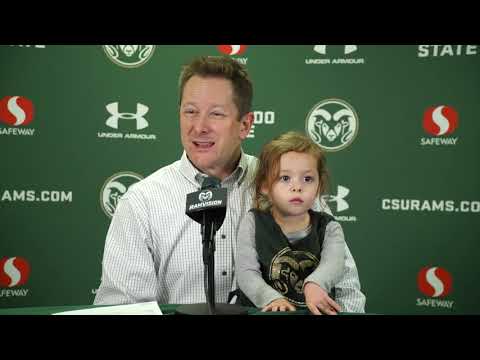