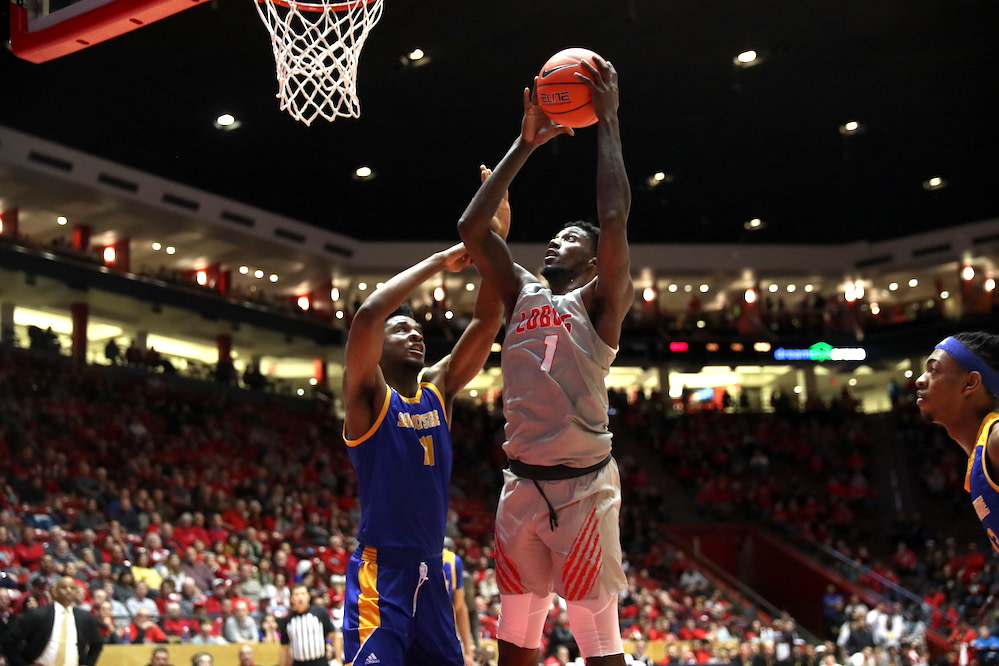 Less than an hour before taking on San Jose State, New Mexico announced that JaQuan Lyle would be out due to injury. Yet another starter had become unavailable for the Lobos, but it didn’t become a problem.

The available players were out for blood and finished Tuesday night with an 86-59 victory over the Spartans. Not the top team in the Mountain West conference, but still the team that handed the Lobos their first conference loss on Jan. 1. After Tuesday’s game, UNM improves to a 16-5 overall record and 5-3 MW. The Spartans dropped to 6-14, 2-6 MW.

The Lobos are still undefeated at The Pit. Their 13-0 record at home is the longest home win streak since the 1998-99 roster went 16-0 before picking up their first loss in Albuquerque.

New Mexico came out with high energy and started the game with a 5-0 lead. By the 12:53 mark the Lobos had found a double-digit lead of 16-6.

UNM had been struggling with defense, especially during the last two games, but Tuesday saw a team that could take care of the ball. The Lobos didn’t allow San Jose State to get a field goal until almost five minutes into the game.

By halftime New Mexico had a 12-point advantage at 41-29. The Lobos were shooting at 51.6% from the field while holding the Spartans to 32.1%. Only Lobo redshirt junior Zane Martin was seeing double digits after the first period with 10 points. Martin scored 10 more during the second half to get a season high of 20 points.

Not a bad night for a guy who head coach Paul Weir has put in the point guard position, a spot where Martin is not always very comfortable.

“He is kind of reluctantly taking on the point guard position. Most of the year he’s a scorer,” Weir said. “He likes scoring, he’s good at it, but he is also our next best point guard right now.”

Sophomore Tavian Percy shared some of that point guard responsibility. The coach said it was a good combination and liked the job he saw from both players.

New Mexico registered a total of 11 turnovers on Tuesday, which is below their average (15.6 per game). Weir said there were adjustments made in both the offense and defense after the recent road trip results.

When asked about the changes he felt made the biggest difference, Martin said he thought the pace of the game helped his team’s overall perforce.

“We were taking our time with the offense, playing at our pace, not speeding up,” he said. “Everybody making good decisions, taking good shots. That’s pretty much it.”

The Lobos do well when playing at a slower pace, something they showed when they played the Wisconsin badgers in December. New Mexico was forced to play faster against the UNLV Rebels on Saturday and ended up losing 99-78.

During the second half against San Jose State, the Lobos saw their biggest lead of 31 points with under two minutes left on the clock. The Spartans’ offense struggled even more during this period, dropping their shooting percent to 22.9% by going 8-for-35 from the field.

Five players saw double digits, four of those were UNM players with Corey Manigault leading all scorers with 21 points and nine rebounds. Makuach Maluach got the only double double of the night by collecting 15 points and 13 rebounds.

New Mexico walk-ons Jordan Arroyo and Clay Patterson saw a couple minutes each. Patterson got in the game with 2:32 remaining in the game. Within one minute, the walk-on got to the free throw line twice and nailed all four shots.