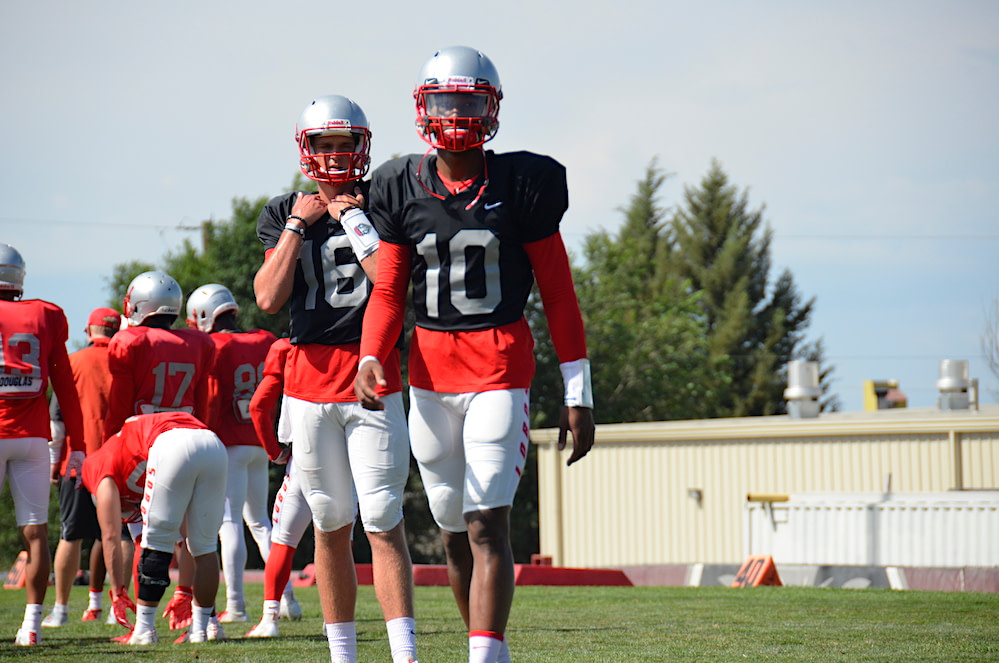 Football season is here and the New Mexico Lobos are only a couple days away from officially kicking off  2019 campaign by hosting the Sam Houston State Bearkats on Saturday afternoon.
SHSU is 3-28 all-time when playing against Football Bowl Subdivision opponents. One of the Bearkats’ three wins was against UNM in 2011. The game was played in Albuquerque, and the away team left the land of enchantment with a 48-45 overtime victory.
New Mexico Lobos
Predictions for how New Mexico will do this season are not exactly optimistic. They weren’t optimistic for CBS Sports as the Lobos were ranked 127 out of 130. And they also weren’t for the Mountain West Conference as UNM was picked to finish last and received zero All-Conference Team selections. Not surprising as the cherry and silver finished the 2018 season at the bottom of the Mountain Division with a 3-9 overall record and a 1-7 MW record. But how does head coach Bob Davie feel about it? He likes the work his team has put in through the last couple of months.
Davie said this group was one of the youngest ones he’s had, but he also said he has never had a roster that has put in as much physical preparation during the offseason. The coach has left a lot of on-the-field questions left unanswered for those outside of the program, saying practice is different from an actual game so he was not going to give any specifics on what fans can look for on Saturday. He also has everyone wondering which one of the four quarterbacks will get the starting spot.
Sam Houston State Bearkats
The Bearkats have finished with winning seasons for nine straight years, the longest streak in school history. The last time the team saw a record under .500 was in 2009 at 5-6. The team entered last season with seven straight years of Football Championship Subdivision playoffs appearances, but then missed it for the first time with a 6-5 record by the end of 2018.
Head Coach K.C. Keeler has been leading SHSU since 2014. During that period, the Bearkats have reached the 40-point mark 37 times. That’s usually an indication the team is doing well, since in those 37 games, the Kats picked up 35 wins and only two losses.
SHSU is returning 11 starters on the same defensive roster that allowed its lowest total yards per game since four years ago. Linebackers Hunter Brown and Royce See, both named to the preseason all-SLC second team, combined for 177 tackles in 2018. In the quarterback position, Ty Brock set a freshman record with a total of 2,417 passing yards.