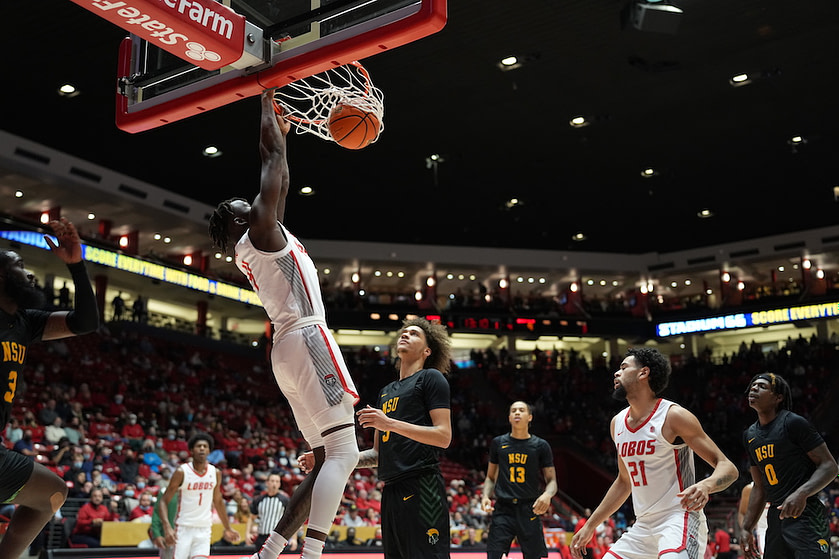 New Mexico took a 68-54 win over Norfolk State on Dec. 21. It was a good way for the Lobos to bounce back from losses to UTEP and SMU. This was the fifth straight home game for the Lobos.

The cherry and silver had found a 19-point lead in the first period and entered the break with a 37-21 advantage. Norfolk State climbed back in the second half. It was a two-point game at 54-52 with 4:20 remaining.

Muscadin, a former Kansas Jayhawk, has left the program. He appeared in 12 games with the Lobos while averaging 9.3 points, 5.3 rebounds and 1.6 blocks per game.

The Colorado State Rams were scheduled to visit The Pit on Dec. 28 for the Mountain West Conference opener. The game has been postponed due to COVID-19 related concerns within the CSU program. Per the MW, if the game can’t be rescheduled it will be declared a no contest.