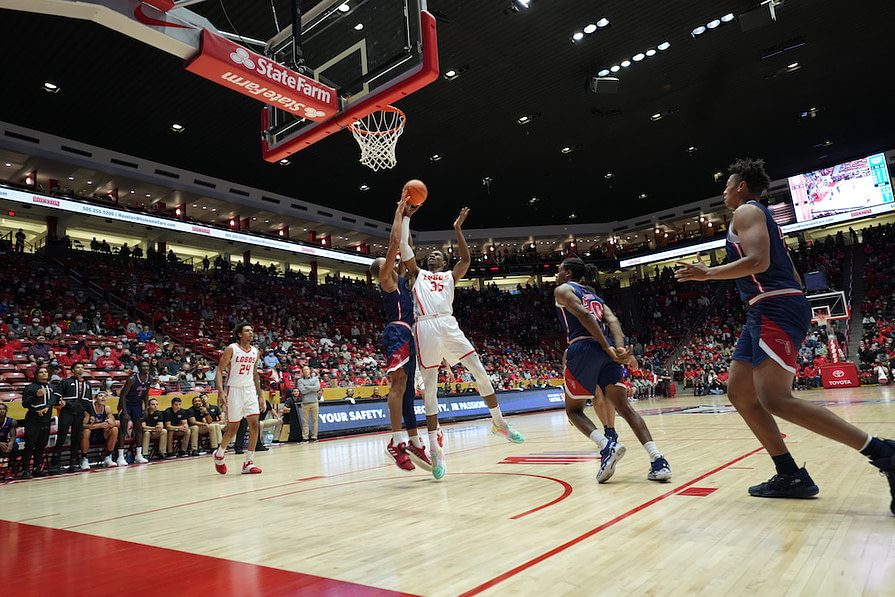 New Mexico took back-to-back loses in Las Vegas last week, but the Lobos hope to have better luck against the New Mexico State Aggies on Tuesday.

“I think the biggest things we took away from those games in Vegas was that we gotta improve our rebounding and our toughness,” said sophomore guard Jamal Mashburn Jr..

New Mexico is heading down to Las Cruces tomorrow for the Rio Grande Rivalry game against NMSU. pic.twitter.com/2kFBM2dv6A

Rebounding has been one of the cherry and silver’s biggest weaknesses this season, with the Lobos getting beat in this area by their opponents almost every game. It’s a big concern, and that’s why rebounding was the main focus in the last few practices to prepare for NMSU.

New Mexico’s strength is its guards, but the bigs are still developing. Meanwhile, the Aggies (5-1) are strong, physical and have a more experienced roster. It will be interesting to see who takes control of the game first, as the Lobos have been playing fast, while the Aggies tend to play at a slower pace.

The first game of the Rio Grande Rivalry game this season will be played in Las Cruces. This will be an extra challenge for the Lobos (4-3), who are undefeated at home but 0-3 on the road.

“They’re going to say mean things, big deal. Move on,” said UNM head coach Richard Pitino when asked about his players having to play in front of thousands of Aggie fans. “It’s a great fan base and great program. All that’s noise. It’ll be a good experience for them.’

The series dates back to 1904 and New Mexico leads it 122-102. The teams typically face each other twice each season, but last year the games didn’t happen due to state restrictions for COVID-19 precautions.