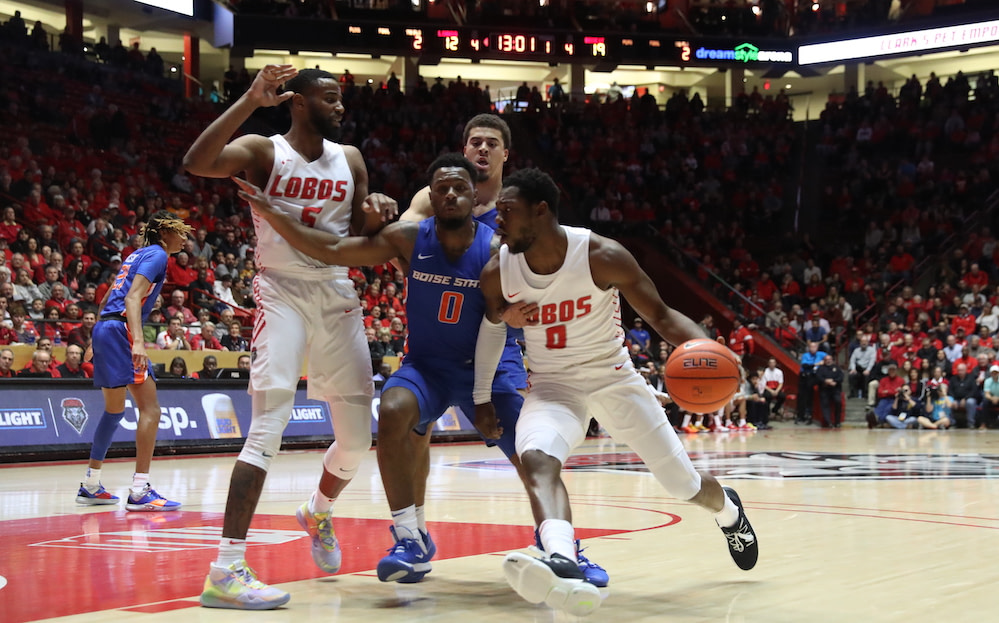 The University of New Mexico Lobos are getting ready to take on their last opponent of 2019 as they host the UC Davis Aggies on Sunday afternoon.

The Aggies are 5-9 overall and have only won one of their eight away games. New Mexico has been enjoying home court advantage, currently unbeaten at The Pit with a 9-0 record. UC Davis has not visited Albuquerque since 1978, when the Lobos got an 86-74 victory.

A victory for New Mexico would give the Lobos a 10-0 record at home, something the team hasn’t achieved since the 2009-10 season, when the Lobos got a Mountain West Championship and played two games in the NCAA Tournament.

Earlier this season the Aggies went through a six-game losing streak, but they were able to get out of that and have shown some improvement by going 3-2 in their last five games. Senior Joe Mooney is leading all scorers averaging 16.0 points per game. Ezra Manjon and Matt Neufeld follow with 10.7 and 10.6 respectively.

The Lobo offense has four players in double digits with JaQuan Lyle averaging 17.9 points per game. On paper, New Mexico is doing fine with a 12-2 overall record and a seven-game winning streak. However, the Lobos have had some adjustments in the lineup as the school announced on Dec. 22 that redshirt senior Carlton Bragg and redshirt junior JJ Caldwell were suspended indefinitely.

The suspensions allowed Zane Martin and Corey Manigault to have their first start of the season against Houston Baptist. They didn’t disappoint, as Manigault led UNM with 21 points and Martin followed with 19. The first half for that game was messy for New Mexico but the Lobos cleaned it up in the second to finish with a 107-88 win.

Sunday’s game will be the last of a four-game stretch at home for the Lobos and will the be the last game before UNM re-opens MW play on the road.

Loading...
Newer Post
New Mexico gets a win over UC Davis during last game of 2019
Older Post
Lobos overcome rough start to get a 19-point win