The University of New Mexico football program introduced the coaching staff that will be joining head coach Danny Gonzales for next season. The announcements began on Friday morning through Twitter.

“I’m really excited for our staff,” Gonzales said.  “I really like the mix that we have, with several young up-and-coming coaches, and several experienced coaches who understand the systems that we want to run.  This is a staff that understands not just Lobo Football and The University of New Mexico, but what it takes to win in Albuquerque and what it UNM means to our state.”

Gonzales will be handling defensive coordinator duties, saying that was one of the main reasons why he got hired at UNM. The head coach said he still has two more spots to fill. 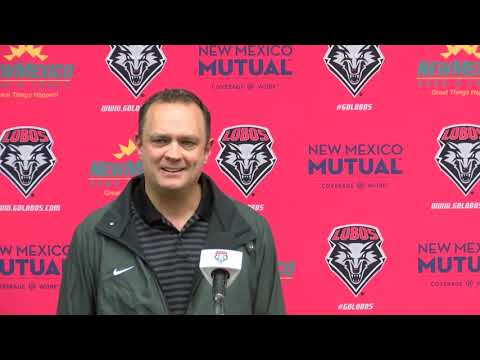 Offensive Coordinator: Derek Warehime – Warehime was part of the Lobo coaching staff from 2012-14. He is coming from the University of Texas, where he spent three years and experienced three different coaching areas: offensive line coach, tight ends, special teams coordinator.

Offense: Jason Lenzmeier – Lenzmeier is a former Lobo player and assistant coach. His most recent time at UNM was as offensive line coach from 2012-2015, this included working with Warehime for three seasons. Next season will be Lenzmeier’s seventh year overall with UNM.

Offense: Saga Tuitele – Tuitele is the only staff member from last season who will be returning. He served as acting head coach when former head coach Bob Davie was out for health reasons.

Offense: Jordan Somerville – Somerville is coming from Arizona State most recently as a graduate assistant under Herm Edwards. While with the Sun Devils, he worked with running backs, receivers and handled scouting for upcoming games.

Safeties: Troy Reffett – Reffett was part of the Lobo coaching staff from 2004-2008, same staff as Gonzales. His last four seasons have been at North Texas, where he helped the team make it to three straight bowl games.

Linebackers: David Howes – Not a UNM name, but a New Mexico name. Howes was most recently at Rio Rancho High School, where he spent 11 seasons as head coach and worked as an assistant from 2003-2008. He has also spent time at Cibola and West Mesa high schools.

Cornerbacks: Brandon Blackmon – Last season Blackmon was with the Western Illinois Leathernecks. Before that he was at Arizona State as a graduate assistant for two seasons, one of those under Gonzales.

Special Teams: Jamie Christian – Christian is staying in the Mountain West, as he just spent three seasons at Fresno State under Jeff Tedford. At one point he also worked with the UNLV Rebels as a running backs coach. Christian’s resume also includes the NFL with the San Francisco 49ers.

New Mexico football prepares to host UIW for season opener
How did the newcomers and recruiting service do in Game 1?
Lobos claim victory over Aggies in high-scoring game
Football 64