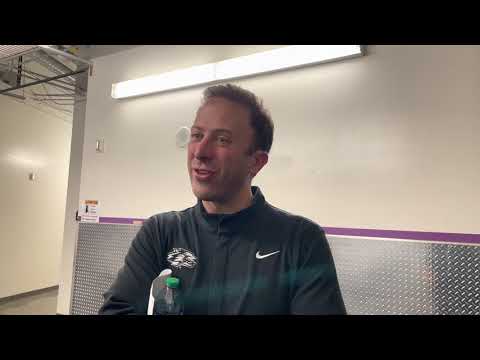 UAB was going to be one of the Lobos’ toughest opponents so far, and that proved to be accurate. Although New Mexico hung in there for most of the game, the Lobos had to settle for an 86-73 loss in their first game of the Continental Tire Las Vegas Invitational.

Head coach Richard Pitino was not happy with the lost, but he said his team played the right way for most of the game.

“We did a lot of really good things. We were right there, clearly had a bad couple minutes that got away from us.” Pitino said. “We were not disciplined for 30 minutes. I thought we played hard, we wanted it… I think our discipline just broke down.”

The game started out close until an 11-0 run by the Blazers gave UAB a 10-point lead with 5:52 left in the first half. New Mexico fought back and cut the deficit to 37-42 by halftime.

The Lobos scored first in the second half with a three-pointer by Jamal Mashburn Jr.. Eventually the Lobos and Blazers traded the lead back and forward. Mashburn scored seven points in the first half, and seven more in the first four minutes of the second period. He went on to finish the evening with 26 points (season high) on 9-of-15 shooting.

“I thought we were right there. I thought their experience showed toward the end,” Pitino said. “There are a lot of teaching moments, but we gotta have a short memory. It’s a holiday for these guys. I told them, ‘listen, I’m upset about the loss, we broke down at the end. Let’s move on. Enjoy your family if they’re in town. Get some rest, the most important thing now is that we go 1-1.”

Two other Lobos reached double digits by the end of the evening. Jaelen House had an off shooting night going 4-of-15 from the field but still grabbed 12 points. Javonte Johnson was a more accurate shooting, going 5-of-6 from the fiend, and 3-of-3 from beyond the arc to pick up 13 points.

Once again, New Mexico was outrebounded by the opponent. UAB led in this area 41-27. The Lobos have only led in rebounds once this season.

Up next, the Lobos will take on either Towson or San Fransisco at 6pm PT on Friday. 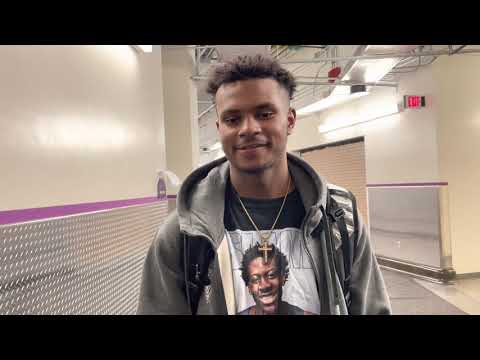