With less than a week left in 2018, the University of New Mexico Lobos are looking to leave their struggles behind and finish the year on a good note.

Non-conference record
After falling 65-75 to Penn last weekend, the Lobos won’t be finishing their non-conference schedule with a winning record. They have one more game before beginning conference play and a win this weekend would mean a 6-6 overall record.

New Mexico did not see much home court advantage, as the Lobos went 3-4 when playing at The Pit.

Last game of the year
The Lobos are closing 2018 with a road trip to Hobbs, New Mexico to take on the University of the Southwest Mustangs on Dec. 30. The game will be played at Ralph Tasker Arena at 2pm.

Christmas
Jordan Arroyo, Tavian Percy, Keith McGee and Carlton Bragg told The Lobo Lair some of their Christmas traditions and favorite things. Click here to check out what they had to share.

Recruits
Tujautae Williams announced his offer from New Mexico on Dec. 24. Williams is a 6-6 guard at Orr Academy (Chicago,Ill). He’ll be graduating high school in 2019. 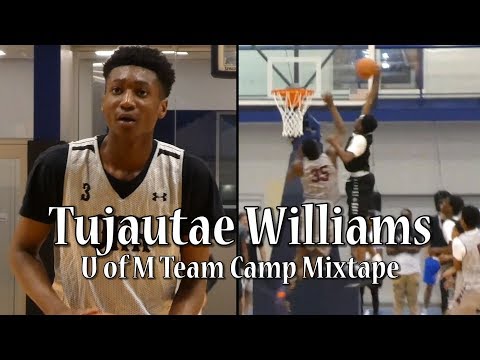 Ismael Cruz tweeted about his offer from New Mexico on July 14. The Lobos made his top six. On Saturday night, Cruz was supposed to announce his decision, but then posted on his Instagram that it would happen a different day.

New Year, New Me?
During Saturday’s practice, Robert Portnoy tweeted about Vance Jackson and Drue Drinnon having new hairstyles, just in time for the end of 2018.