The NCAA is on a recruiting dead period, but there are still updates. Here are some of the latest New Mexico recruiting notes.

Leaving: JJ Caldwell and Vance Jackson announced they were entering the transfer portal. Vance Jackson took two days to announce he was going to Arkansas. Drue Drinnon was the first player to leave the Lobos, but he announced his departure in November due to personal reasons.

Holland Woods – Portland State transfer Holland Woods averaged 17.7 points and 5.2 assists as a junior. He announced New Mexico as one of his final 5 schools. The others are Gonzaga, Arizona state, Oregon State and Portland State. 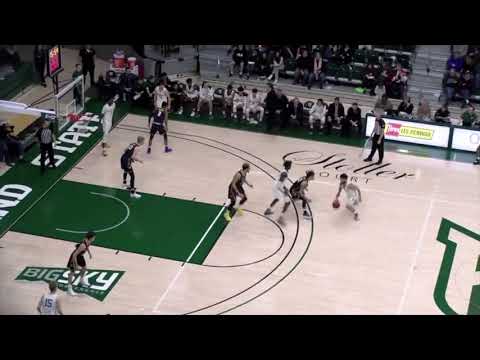 Jordan Nesbitt- The class of 2021 player from St Louis Christian Academy announced his offer from New Mexico on March 31.

Prince Oduro – Mississippi State 6’8” transfer Prince Oduro had New Mexico as one of his final five schools. On Saturday, Oduro announced his commitment to the University of Florida.

Brandon Johnson – Western Michigan’s Brandon Johnson entered the transfer portal. New Mexico, Dayton, Georgetown, Louisville, Ole Miss, are among the schools that have reached out to him. He will be a graduate transfer and therefore be eligible to play right away. During the 2019-20, he averaged 15.4 points and 8.1 rebounds.

Justice Hill – Class of 2020 6’0 PG Justice Hill of Salt Lake Community College announced his offer from New Mexico on Twitter on March 24. Five days later he asked if someone could help him with a commitment video. He redshirted his freshman year so he should have three years of eligibility.

Saquan Singleton – New Mexico is in his top 5 schools. Singleton said he will be making his decision on April 6.

“I have narrowed down my list and will be making my decision on Monday,” he said on Twitter. “As of now I will not be taking calls or text from any coaches. I just want to enjoy these next few days with my family and think about my decision.”

Koreem Ozier – The Sacred Heart sophomore guard could stay in his current school, but he is exploring his options. According to Scoopman TV, New Mexico reached out 10 minutes after he entered the transfer portal.

“Everyone is pushing the same but New Mexico is really on it,” Ozier explained. “They were the first to call after 10 minutes of my name being in the portal. They called right away and it’s definitely something that sticks out to me.”

Drew Buggs – The point guard from Hawaii is exploring his options and has entered the transfer portal. New Mexico is one of the schools he is hearing from, according to Stock Risers.