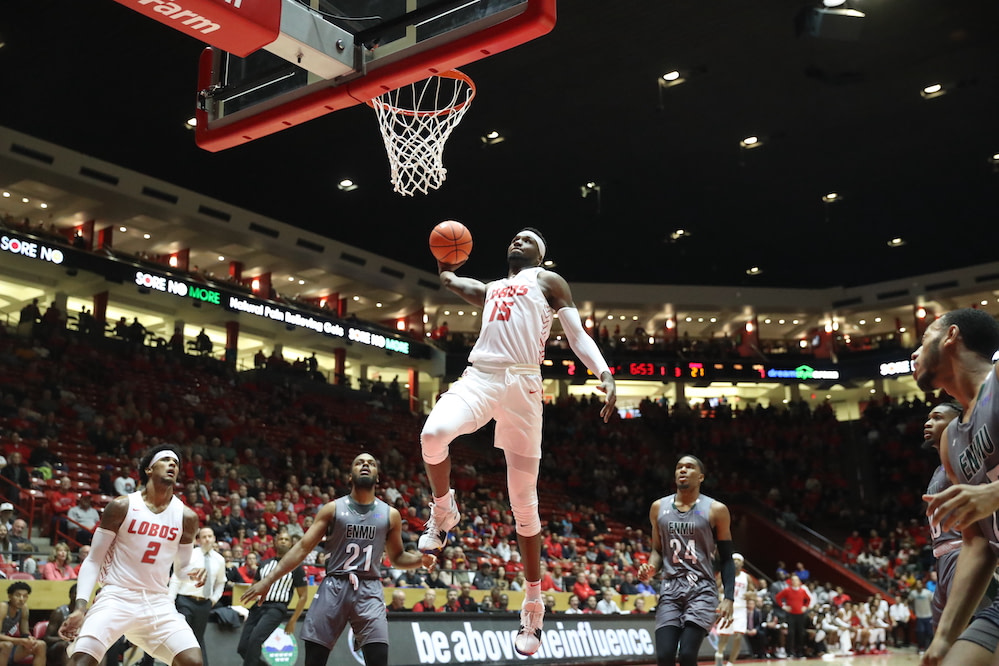 New Mexico began the season 1-0 after picking up a 92-71 victory over Eastern New Mexico on Wednesday. The Lobos can expect a slightly more challenging opponent this Saturday night as they host the CSUN Matadors.
CSUN has never defeated the Lobos. UNM currently holds a 6-0 lead in the series history. This weekend will be the first time the Matadors visit Albuquerque since Nov. 24, 2008.
The last time the two teams faced each other was last November for the Lobos’ season opener on the road. New Mexico barely walked away with the win thanks to a buzzer-beater three-pointer by senior Anthony Mathis.
Four Lobos scored in double figures during that game. Mathis and Dane Kuiper are gone, but Corey Manigault and Makuach Maluach are returners this year. They led the team with 16 and 15 points respectively. As a whole, the team shot at 51.9% from the field and 42.3% from beyond the arc.
New Mexico has a lot of offensive potential this season, but offense is not really what Paul Weir will be keeping an eye on.
The head coach has been clear about his current focus, which is figuring out how to get the Lobos to have a more solid defense. Last week the team was still experimenting to try to find the best fitting style for this particular roster.

On their last meeting with the Lobos, the Matadors had two players in double digits. Lamine Diane led all scorers with 34 points, but he is currently academically ineligible. Terrell Gomez, currently a junior, also showed power in the offense with 21 points.
It’s still early but the Matadors have already seen Gomez, sophomore guard Darius Brown II and sophomore guard Elijah Harkless take over their team offense. All three put up double digits during their exhibition game against Cal State Dominguez Hills, and against Oregon State.
The game is scheduled for Saturday Nov. 9 at 7pm MT. It will be available on the Mountain West Network.