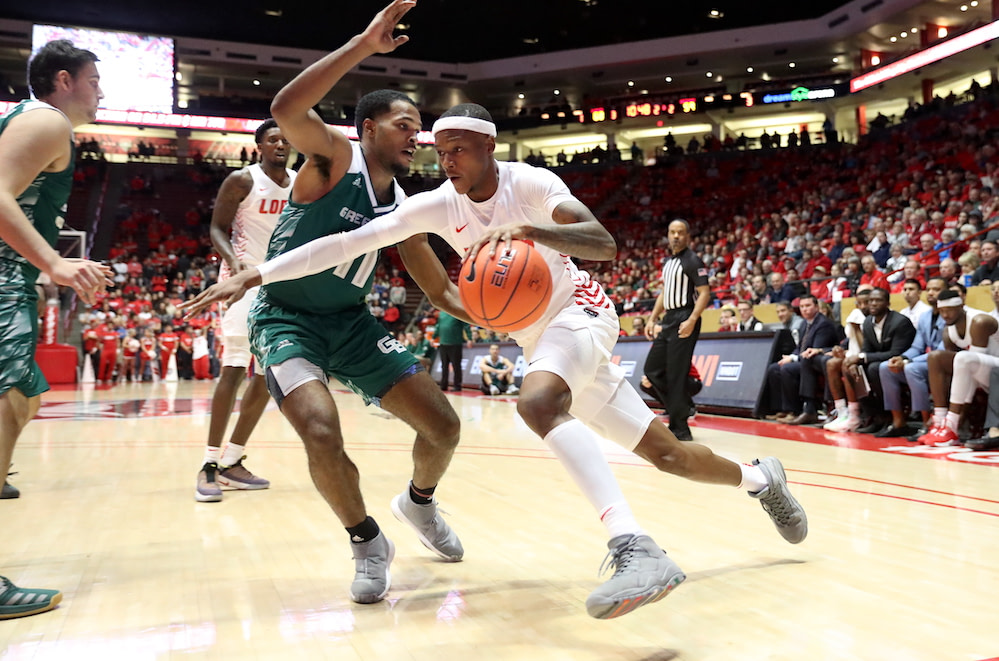 The New Mexico Lobos are getting ready for their first Mountain West opponent of the 2019-20 season as they host the Boise State Broncos on Wednesday night.

The Broncos rank no. 33 in the nation when it comes to least amount of turnovers per game, averaging 11.5. They also don’t hand their opponents many trips to the free throw line, ranking 17 with a total of 91 this season. Should be an interesting match up as the Lobos rank 18 for free throws attempted at 25.4 per game.

Alston with the patience, vision and perfect pass. Hobbs with the knockdown. pic.twitter.com/wsD2ubWgVy

New Mexico, 7-2 overall, is coming from back-to-back victories against the Wisconsin Badgers and the Montana Grizzlies. Redshirt-senior Carlton Bragg stepped up in the offense on Sunday and got his second double-double of the season by picking up 20 points and 14 rebounds.

Bragg is the second highest scorer in the Lobo roster. He is averaging 11. 9 points per game, slightly above Makuach Maluach (10.4 ppg) and Corey Manigault (10 ppg). JaQuan Lyle leads everybody with 16.8 points per game.

After their latest win, New Mexico head coach Paul Weir admitted the Lobos didn’t play with enough energy and still seemed tired from their four-game stretch on the road. He said he hoped the team would be able to recharge for Wednesday.

Redshirt junior Zane Martin agreed that he and his teammates will need to be on their A game if they want to be successful in Mountain West play.

The Broncos finished the 2018-19 season with at 13-20 overall record and 7-11 in the conference. New Mexico picked up a 73-72 win in Albuquerque when they met on March 6 (Check out Kuiper steals the game on Senior Night).

The Lobos also went 7-11 in conference play, 14-18 overall. During preseason, New Mexico was predicted to finish third in the MW while Boise State is expected to finish fifth.