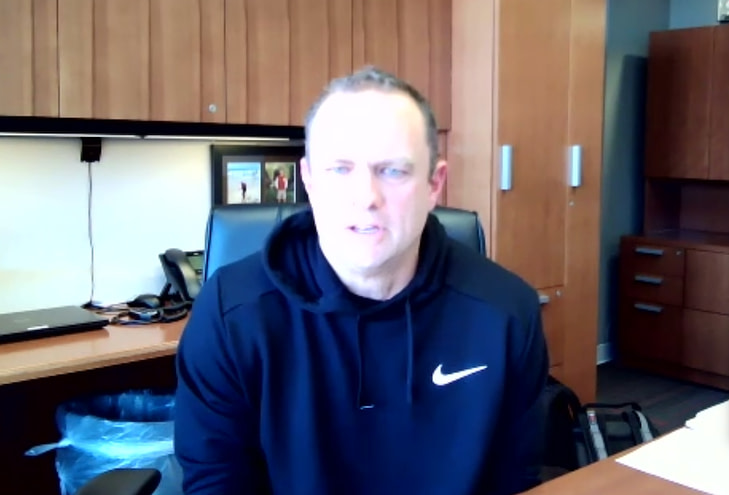 New Mexico head coach Danny Gonzales said the goal should always be to win the Mountain West Conference Championship. Does he think his team looks like the team that can do that right now? No.

“Are we good enough? No, we are not. Do we have enough talent? Probably not,” the coach said.

But that statement was not Gonzales’ way of giving up before the season even started. He was being realistic on how important it will be for this team to play hard.

“You have to be the meanest, toughest, baddest,” he said. “It’s a nasty game and those guys are going to play that way, within the rules. I want them to be as mean as you can get because that’s the kind of game it is.”

Gonzales said that will be the expectation going forward, and in a few years football will be “a whole lot of fun” in New Mexico.

The Mountain West conference released their 2020 schedule on Thursday. The Lobos are not the favorite to win the conference this season, in fact they were predicted to finish last in the Mountain Division in the preseason predictions released in July.

But there will be no divisions in 2020, the two teams with the highest winning percentage against conference opponents will play for the championship on Saturday, Dec. 19. Gonzales said the Lobos have eight guaranteed opportunities to throw their hat in the ring.

New Mexico will open its season on the road with a game against Colorado State on Oct. 24. The Rams lead the overall series 42-25 and have won the last 10 games. This is something this year’s roster will constantly be thinking about.

Gonzales has been watching NFL and college football and has seen the obvious “rust.” He said it’s a concern he has for his team, but he has already accepted that there probably will be some of it. For now, the team has been practicing without contact. New Mexico as a state has restrictions that have prevented full team practices and home games.

However, Governor Michelle Lujan Grisham and Health and Human Services Secretary Dr. David Scrase said they are working on an agreement that would allow the Lobos to have those freedoms as long as they follow certain protocols. If home games get approved, they will most likely be played without fans.

Gonzales said his team still believes safety is the No. 1 priority. He explained that his players have behaved appropriately and he expects them to continue to follow the social contract they agreed on when they decided to join the team. If they break the rules, he would have no problem kicking anyone off the team.

This goes in hand with the staff’s philosophy of not “coddling” the players. Gonzales said he would be making them a disservice if he didn’t teach them how to be good members of society by the time they graduate.

From the outside, the expectations for New Mexico might be low right now, but the coach said that won’t always be the case because the culture around the program is going to change.

“I’ll never in my time as a head coach here give you a prediction on record, but I’ll tell you this, we are going to be a very hard playing football team,” he said. “It’s going to be a lot of fun to see this program build over the next few years. A lot of great things are going to happen around here. That may sound arrogant, but if you’re not willing to bet on yourself, why even have this job?”