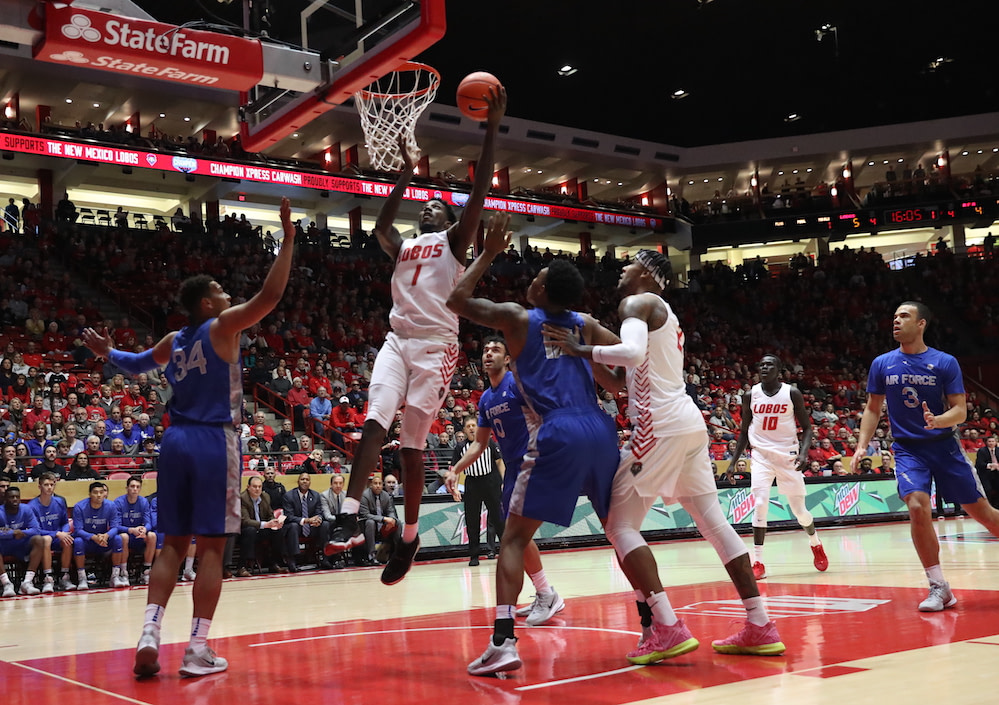 Lobos look to defend The Pit against San Jose State

After back-to-back loses on the road, the New Mexico Lobos are looking to protect The Pit on Tuesday as they host the San Jose State Spartans for a game at 8pm MT

When the two teams met earlier this season in Jan. 1, the Spartans pulled an 88-85 upset and handed the Lobos their first Mountain West loss. Richard Washington led the winning team with 25 points, a stat that included seven three-pointers.

Three-pointers are not what the Spartans are known for, as they have the lowest percentage from beyond the arc in the conference (30.2%). New Mexico is the team that has made the least amount, averaging 6.2 per game. Not surprising as Weir said earlier in the season that he was not pushing for his team to be a three-pointer team, instead he wanted his players to beat teams from inside.

The Lobos (15-5, 4-3 MW) suffered a 72-105 loss to the Colorado State Rams on Jan. 15 and a 99-78 loss to the UNLV Rebels on Jan. 18.  This was the first time New Mexico lost two-straight games this season. The team is showing struggle adjusting after losing starters JJ Caldwell and Carlton Bragg. New Mexico also has had to play without redshirt junior Vance Jackson as he got injured during the Colorado State game.

Just like the Lobos, San Jose State (6-13, 2-5 MW) is coming in with two-straight losses. The first one was an 81-70 result to Colorado State and a 98-87 loss to UNLV. Before those, the Spartans had won three of their four previous games.

Sophomore Seneca Knight is leading the offense by averaging 14.6 points per game. Lately he has been doing better, averaging 26.3 points in the last three games. He made the Mountain West Top Performances of the Week highlight reel last week.

New Mexico is currently undefeated at home with a 12-0 record when playing at The Pit. The Lobos will be looking to keep that going to avoid dropping to .500 in conference play.

The program is hosting Suits and Sneakers night to support of the American Cancer Society. The cause hits close to home as assistant coach Jerome Robinson’s niece Olivia was diagnosed with cancer last year. The family has been spreading awareness, including hosting a Children’s Cancer Fund of New Mexico clinic in September.