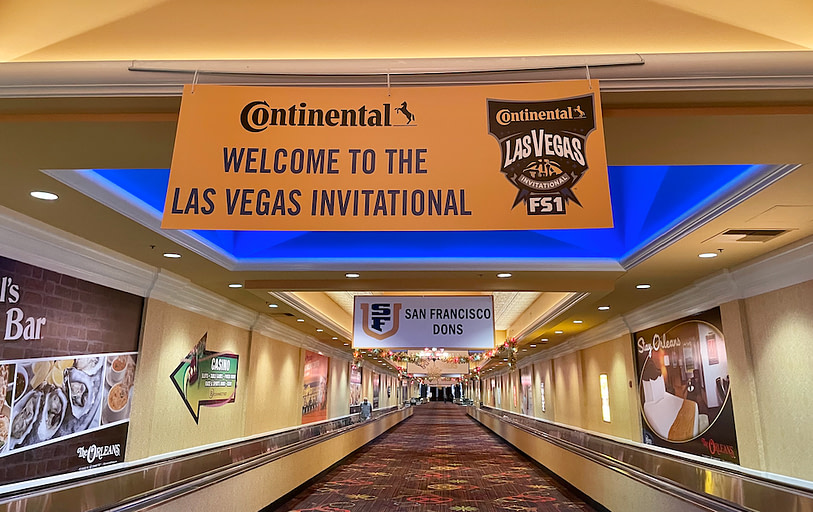 The New Mexico Lobos took a 73-58 loss to the Towson Tigers during their second game of the Continental Tire Las Vegas Invitational on Friday.

Towson took control from the beginning with an early 12-0 lead. By halftime, New Mexico had only managed to score 29 points, 16 of those coming from Jamal Mashburn Jr. He was once again the most efficient Lobo when it came to scoring. Mashburn finished the night with 26 points, which was the same career high he set the day before against the UAB Blazers. This was his fourth 20-point game this season, as well as his 10 consecutive game scoring in double digits.

The only other Lobo to score in double figures on Friday was Taryn Todd with 14 points. New Mexico’s 58 final points were a season low. Unsurprising, as the Lobos shot at 32.3% from the field.

“Tonight was the first night where we couldn’t score and our lack of defense and our lack of rebounding caught up to us,” said head coach Richard Pitino. “That is going to happen and you will not win if you think you can outscore everyone all the time. We clearly have to get tougher. This tournament revealed that we are just not physical enough and not scrappy enough.”

After Friday’s result, New Mexico fell to a 4-3 overall record. Up next, the Lobos take on the New Mexico State Aggies on Nov. 30 in Las Cruces.