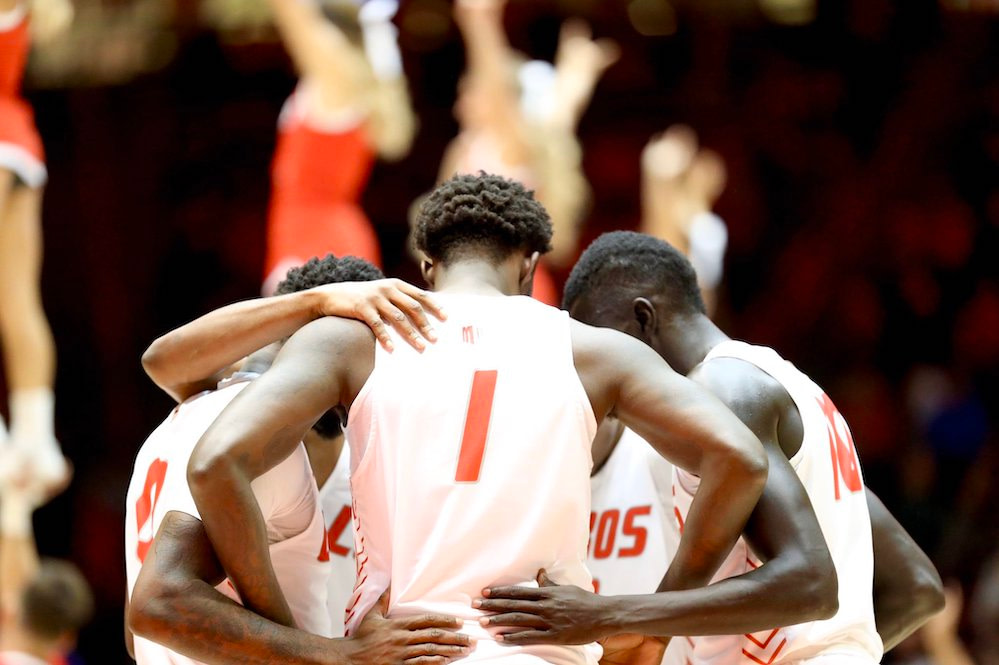 Lobos get first loss of the season at UTEP

JaQuan Lyle hit a three-pointer as the clock was running out. His shot did not beat the buzzer and the Lobos picked up their first loss of the season on Tuesday with a 66-63 result in favor of the UTEP Miners.

Not the result the cherry & silver wanted to get on their first road game of the 2019-20 season, but it should give the Lobos enough notes to work on before their game against the New Mexico State Aggies on Thursday.

Tuesday was not a good night for New Mexico. The scoring wasn’t really happening as the Lobos shot at 38.8% from the field, making 19 out of their 49 attempts. Shots weren’t going in from the charity line either with the Lobos hitting 64.5% of their free throws.

New Mexico has an average of 18.2 assists per game, but on Tuesday the team only registered seven. They had more than twice the amount of turnovers, a total of 18.

Lobos (4-1) are at NMSU on Thursday night. pic.twitter.com/PwrIXuHFPg

UNM struggled from the beginning. New Mexico found itself down 1-10 when the clock read 14:33. It took seven minutes into the game before Makuach Maluach hit a three-pointer, the first successful shot from the field for his team.

By halftime the score was tied at 30-30. Both New Mexico and UTEP shot poorly at 36.4% and 37.9% respectively. The second period started with the Miners scoring three points 19 seconds in. The Lobos replied 18 seconds later with their own shot from beyond the arc.

UTEP led by as many as seven points in the second period, but the end of the game was close. New Mexico’s Zane Martin got a dunk with 53 seconds remaining and gave his team a one-point lead at 63-62. UTEP’s Jordan Lathon hit a jumper to regain the lead with under 30 seconds left. The last couple of points for the home team came from free throws.

“Tough one, gotta grow and bounce back Thursday,” said Lyle on Twitter after the game.