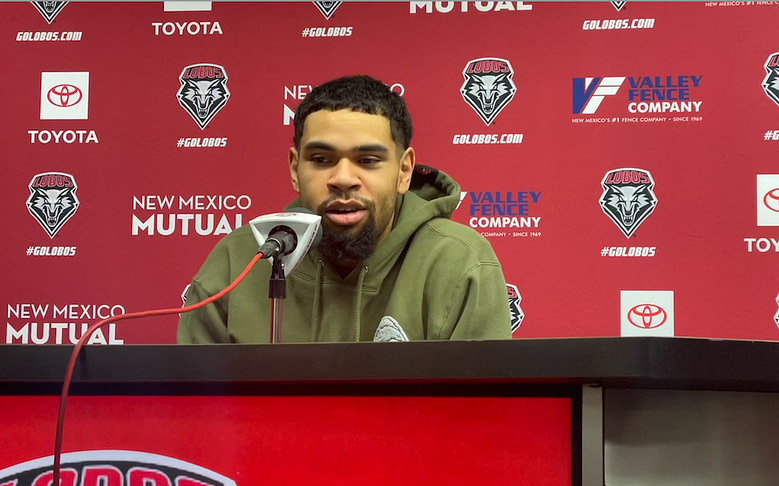 For Richard Pitino, it’s all about the vibes.

“I think we are moving forward. I love the vibe in the locker room. I love what they are talking about,” the New Mexico head coach said. “The energy in the program is really good. That’s the objective of year one.”

The Lobos (7-12, 0-6 Mountain West) are coming off two road loses against Colorado State and Wyoming. Those are two of the top teams in the MW conference, and although the results were losses, Pitino was happy with how his team played. Earlier in January that was not always the case. New Mexico managed to take Utah State to overtime on Jan. 8, but then got blown out by the UNLV Rebels on Jan. 11.  Pitino said that losing in Las Vegas seemed to be a wake up call for his team.

At the beginning of the season the Lobos looked like the inexperienced team they are. To make it more challenging, they have lost some key pieces since then. Pitino had described the front court as “decimated.” New Mexico has the advantage of having a guard-heavy roster with talented scorers. However, most of the responsibility was falling on Jamal Mashburn Jr. and Jaelen House. This somewhat worked but the team struggled whenever their shooting percentages were low.

The New Mexico offense saw some poor games, and Pitino had made it clear other guys needed to score too. This, he said, could be achieved if the Lobos shared the ball more, which would translate into better shots. This proved to be true when Javonte Johnson and KJ Jenkins started getting more shots.

Johnson averaged 30 points per game in high school. His freshman college season didn’t go as planned, but this year he has adjusted better.  Jenkins is the player who Pitino said had the best natural shooting form during preseason. As the Lobos learn how to find them and pass them the ball, both players are contributing more in the offense.

Recently, another guy took on the challenge.

Jay Allen-Tovar scored a career-high 25 points against the Wyoming Cowboys on Saturday night. The 6’9″ forward said he saw some negative Tweets about him written by New Mexico fans and he used that as motivation to do better. Pitino said he also talked to Allen-Tovar after the UNLV game. The coach thinks he has improved his attitude and that it has made him more confident on the court.

Although New Mexico is yet to pick up a conference win, the improvement has been noticeable. This is particularly good timing as the Lobos are getting ready to play their next two games at home. The cherry and silver is 6-5 when playing in Albuquerque this season.

First up is Fresno State on Tuesday. The Bulldogs are 13-3 overall and 3-2 in the MW. They will be a good test for the Lobo offense as the Bulldogs are allowing opponents only 57.6 points per game. The Lobos will then take host the San Jose State Spartans on Friday night. 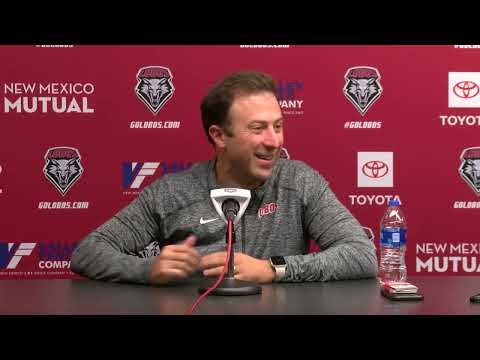