Before the 2019-20 season began, the New Mexico and Nevada meetings were something Lobo fans marked on their calendars. But on Saturday night, the game was anything but fun for New Mexico fans.

The cherry and silver scored first with a Makuach Maluach layup that also came with a successful free throw. But after a 3-0 start, the Lobo offense didn’t continue too smoothly.

Nevada found a double-digit lead at the 12:35 mark after an 11-0 run. With under eight minutes left in the first period, the Lobos were shooting at 29.4% from the field (5-for-17). Their shooting percentage improved in the last couple minutes of the half, but Nevada still entered the break with a 20-point lead.

HE CAN'T BE STOPPED! Nisré hits three straight triples, already tieing his career high in the Silver & Bue! Just like that, we're up 16.#BattleBorn pic.twitter.com/InpsUah0Pt

It took over two minutes for New Mexico to score in the second period. The Wolf Pack was spreading their offense more than the Lobos. As Nevada led 71-46, five players were already in double digits. Meanwhile, the Lobos were relying on Zane Martin’s 19 points. Martin started the game 0-for-5 from the field but eventually finished the night leading all scorers with 23 points.

Nevada’s largest lead of the game, 28 points, came with about nine minutes remaining. The Lobos responded by going on a 13-0 run that began with three-pointers from Vante Hendrix and Keith McGee. A decent effort, but not enough to cut the deficit by more that 15 points.

With suspensions and injuries affecting the UNM roster in the middle of the season, Maluach is the only original starter the Lobos had available. While he helped his team with a total of eight rebounds, he couldn’t get it done in the offense, going 1-for-8 from the field. The three points he scored at the beginning of the game were the only ones he scored all night.

Nevada was having a strong game from beyond the arc with 17 three-pointers, which tied the program record. Six of them came from Nisré Zouzoua, who led the winning team with a career-high 20 points. 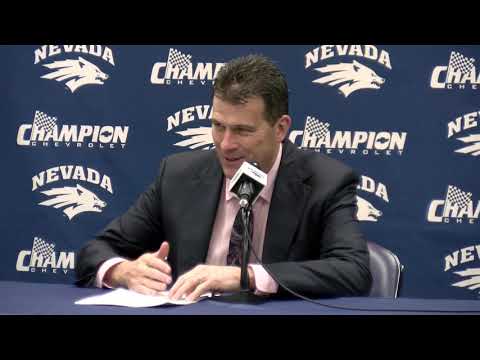 Up next, New Mexico returns to Albuquerque to take on the undefeated no. 4 San Diego State Aztecs on Jan. 29.