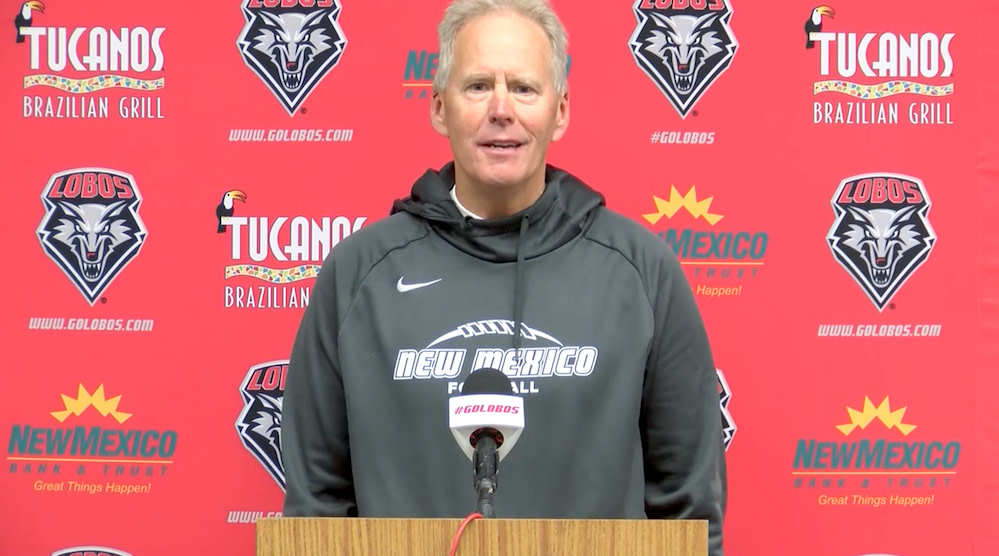 The University of New Mexico football team closed the 2019-20 season with a 25-38 loss to the Utah State Aggies. This game was more than just the conclusion of a 2-10 season, it was also the last game of Bob Davie as the head coach.

Saturday’s game was the ninth straight loss for the Lobos. The team didn’t get a single Mountain West win this year, which marks the first time UNM goes without winning a conference game in a season since 1989.

The Aggies got ahead 7-0 after the first quarter. The Lobos got their first touchdown in the second period from Jordan Kress receiving a pass from Trae Hall. However, this was also the most productive quarter for the Aggies as they put up 24 points.

New Mexico looked for a comeback after halftime. Hall had a one-yard run touchdown when the clock read 10:15. He threw a 19-yard pass to Marcus Williams with under seven left in the third quarter to cut the deficit to 18-31.

Highlights: Here are the highlights from our season finale, a 38-25 loss to Utah State #GoLobos pic.twitter.com/05KuvlY4s8

The New Mexico defense held Utah State from scoring until 2:53 left in the third quarter when USU’s Jordan Love threw his third touchdown of the day. While the Lobos stopped the Aggies from scoring again for the rest of the game, Hall’s 7-yard run touchdown with 4:32 remaining in the fourth quarter and a good kick from Andrew Shelley were the only things the offense was able to add to the scoreboard.

It was a tough season for the Lobos, not just on the field but also for a couple serious incidents that happened off the field. After Saturday’s game, Davie said he left his team with a message of positivity and resilience. 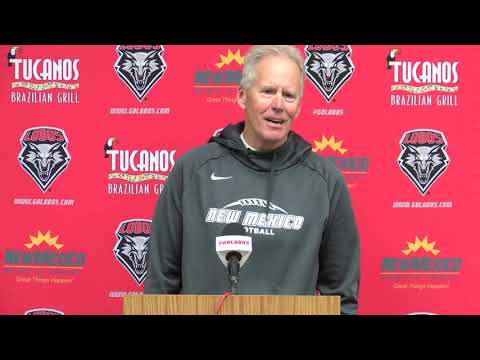 Even though he faced some tough times, Davie said that overall he feels comfortable with what he was able to accomplish at UNM.