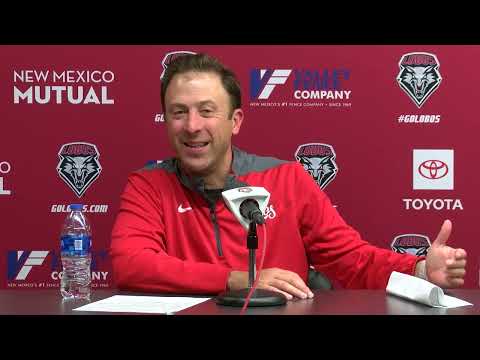 New Mexico finished the regular season on a high note with a 76-67 home victory over UNLV on Saturday’s senior night.

When the Lobos went to Las Vegas on Jan. 11, the Rebels handed them an 85-56 loss. Freshman center Sebastian Forsling said they used that as motivation.

“We got destroyed at their place, so we had to get back at them in our place,” he said.

New Mexico started out hot, or more specifically, Jamal Mashburn Jr. did. He scored the first 10 points for the Lobos and was outscoring the entire UNLV team for a good part of the first half.

New Mexico was up by as many as 21 points, but at the 10:47 mark the Rebels had made it an eight-point game (46-54). UNLV kept chipping away and it was only a three-point game with 1:10 remaining, but the Lobos drew fouls and made their shots. House and Mashburn led the offense against UNLV with 27 and 21 points, respectively.

With Saturday’s result, New Mexico finished the regular season with a 13-18 overall record and 5-12 in the Mountain West conference.

Seniors
Jordan Arroyo and Clay Patterson got put on scholarship less than two weeks ago. Arroyo played 18 minutes against UNLV and led the team in rebounds.

Saquan Singleton was in the starting line up and scored nine points going 3-of-5 from the field and 2-2 from the free throw line. He got a three-pointer, which he said he had promised his uncle before the game.

That three-pointer Saquan Singleton registered against UNLV was him keeping a promise to his uncle who flew in to watch him play on senior night.

Head coach Richard Pitino said Patterson is thinking of pursuing a coaching career and that he would love to find an opportunity for him with the Lobos.