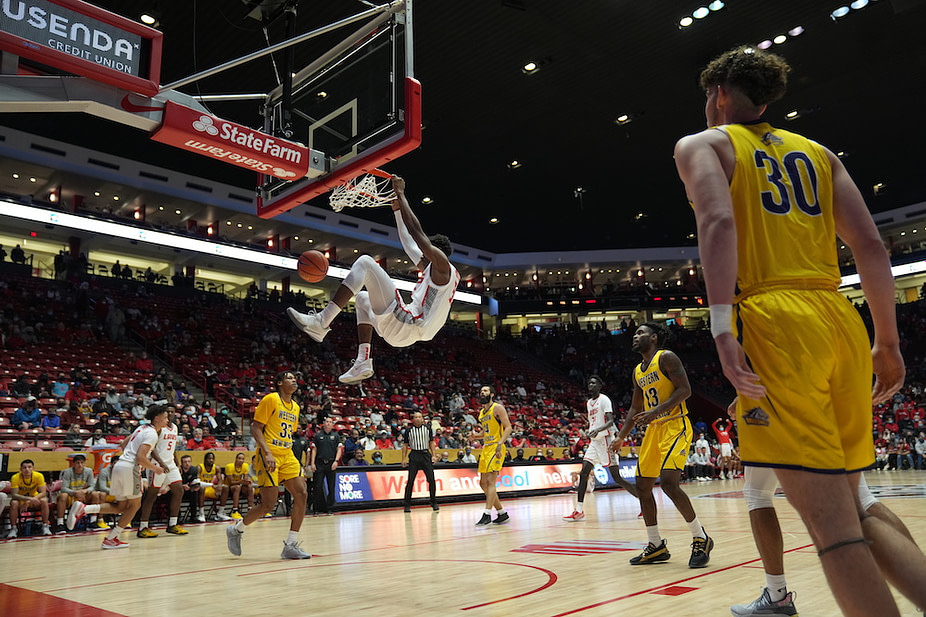 That was not needed for New Mexico’s dominant win over Western New Mexico on Monday night. The 88-63 victory at the end of a three-game homestand should help the Lobos feel more confident before heading to Las Vegas, especially since they did it without starting point guard Jaelen House.

House suffered an ankle injury during Saturday’s game, but could return soon. Saquan Singleton has been cleared for a few days, but he officially announced his return on Monday night.

Update on Jaelen House for those wondering on the Lobo point guard's ankle: House went through a shoot around earlier in the day, meaning they were considering playing him. He said he could go, but there was no reason for him to play vs. a D-II ahead of tourney w/ games Th & Fri.

New Mexico was off to a messy start on Monday, although it didn’t last long. The Lobos registered two turnovers within the first minute of the game. But by halftime, their offense found a 45-27 advantage. The cherry and silver went on to dominate the second period and reached their largest lead of 33 points with 5:39 left.

Nine Lobos scored during the game, with five of them reaching double figures. KJ Jenkins led all scorers with 20 points on 7-of-10 shooting, including four three-pointers. Jamal Mashburn Jr. was close with 19 points. Jay Allen-Tovar contributed with 14 points, while Gethro Muscadin and Javonte Johnson added 10 points each.

“I understand that Western New Mexico is a Division II team, but there is no reason why we should take a step back. We need to keep moving forward and we have a great opportunity in front of us,” said head coach Richard Pitino. “We were down quite a few guys, important guys, but it was a good opportunity for those other guys to play. A game like tonight is an opportunity for those guys to show us what you got.”