Lobos back in town, newcomers arrive 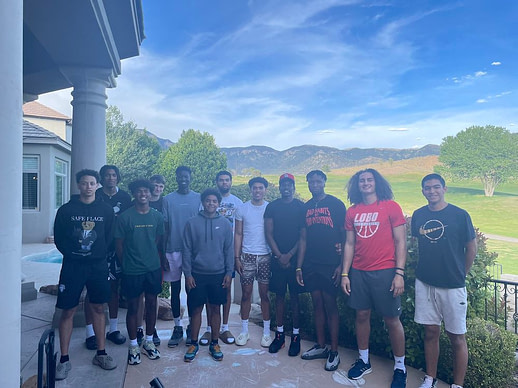 The New Mexico men’s basketball team is ready to get to work. Most players have arrived and already enjoyed an afternoon at head coach Richard Pitino’s house. Jamal Mashburn Jr., Jaelen House and Sebastian Forsling will arrive at a later time.

House, who was testing the NBA draft waters, is officially returning for next season.

Great to have the fellas over before summer 1 starts this week! Mash, House and Sebastian will be here for Summer 2….fired up to coach this squad. pic.twitter.com/DoMgPcBqg1

The team recently released the jersey numbers for the newcomers:

Our newcomers have arrived! Ready to get to work!! #GoLobos pic.twitter.com/zXyraGG8EX