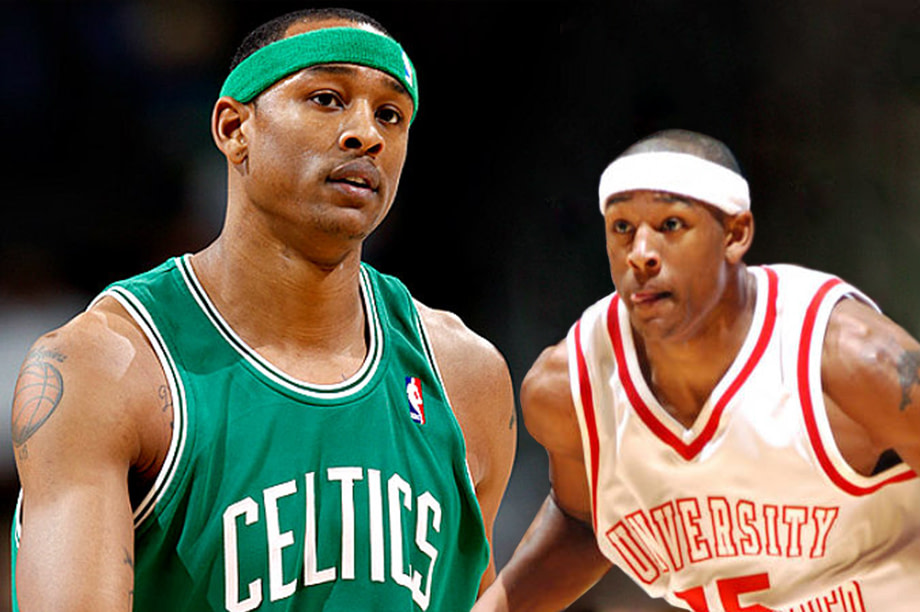 J.R. Giddens was told the Memphis Grizzlies would select him as the No. 28 pick of the 2008 NBA Draft. They chose Donté Greene from Syracuse instead.

The Detroit Pistons grabbed D.J. White from Indiana University as the No. 29 pick. This uncertainty was exactly why Giddens had decided to watch the draft with close friends and family in New Mexico. He said he didn’t want to look silly if he made the trip but didn’t get called in the first round.

His agent called as he watched the event unfold on TV. Not long after, Giddens’ phone was flooded with so many messages that it froze. The No. 30 pick was tackled by everyone in the room, which caused him to lose an earring and his phone.

Giddens never found that earring, but that was the last thing on his mind.

He was joining the Boston Celtics, the team that had taken home the 2007-08 NBA Championship trophy (the 17th in franchise history and the most in NBA history). The former University of New Mexico Lobo admitted he felt overwhelmed.

“They’re fresh off a ring and we got Kevin Garnett, Paul Pierce, Ray Allen, Rajon Rondo, all of these guys who are legends in basketball,” he said. “It was crazy I got to go there immediately, see how winning was, see what a championship organization was like, and see how stressful it was to be a pro.”

Even getting to that moment of being drafted had been a hectic process. Giddens had a couple surgeries prior to the draft, and he quickly realized how strong he needed to be not just physically but also mentally.

He explained that when a player is being examined, he sits at a table while people talk about him like he isn’t there. Not only does a prospect need to pass a physical for the team that is interested in him, he also has to play one-on-one full court against another guy they are thinking of drafting. It was tough, but Giddens was determined.

“This is what you’ve been dreaming of your whole life. I’m going to fight tooth and nails in this workout. I’m going to give it everything that I got,” he said. “It’s a business. They gotta do their job, I gotta do mine, not take it personal at all.” 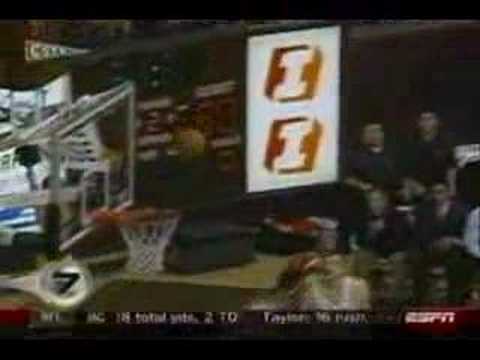 After the draft, Giddens reported to Boston and got to work immediately. For him it was a realization that he officially wasn’t a kid anymore.

His lifelong dream was coming true, but being a rookie wasn’t always a smooth ride. Giddens explained that you have to prove yourself but you don’t always get a lot of chances. He said young guys don’t usually get a lot of playing time during practice, so when they do, they better make it count. But teammates won’t always make it easy.

He recounted a story in which he was guarding Ray Allen after he had begged to get subbed in during a practice. They were standing at the free throw line and Allen pushed Giddens hard enough to almost make him fall on his back. Rasheed Wallace and Kevin Garnett closed the door on the screen, Allen stood behind it and proceeded to hit a three-pointer.

Giddens was told to get off the court and didn’t get to play for the next 30 minutes. His teammates found it funny, but he didn’t.

Veteran players often play tricks on younger guys, but Giddens also said teammates can go above and beyond to welcome and help rookies.

“I remember Ray Allen took me to his closet and gave me probably like $15-$20,000 worth of suits, kept me looking real fresh,” Giddens said. “It was nice because obviously I couldn’t afford to buy $20,000 worth of suits at that time and that wouldn’t have been financially smart.”

Giddens didn’t get his first start with the Celtics until January 2010. During his two years with Boston he got on the court for 27 games, although he averaged less than five minutes per game. This was in part due to a deep roster. His experience with the NBA included some time in what is now referred to as the G-League.

In 2010 he was traded to the New York Knicks. Later that year he was going to play for the Sacramento Kings, but this didn’t materialize. He was a free agent by the fall of 2010, which led him to go overseas.

Giddens has played for a handful of teams in several different countries, the last one being Mexico. He says a lot of the experiences he’s had are things he never even imagine could happen to him. Even moments like feeling his bones freeze in Moscow are something he values.

“Just stuff like that, living in the moment,” he said. “Being an African American guy you never think you’re going to go to Poland in your life and live there. I’ve been to Spain and Greece… there’s something that I love from every country that I’ve lived in.”

Giddens is 35 years old and still playing professional basketball. He said a lot of his friends didn’t get to play this long so he takes advantage of the opportunity and works hard everyday. When he retires, Giddens wants to become a coach, preferably college so he can help the next generations of basketball players achieve their dreams of reaching the next level.

He is getting some practice for that now with rookies on his team. He tries to act like a big brother to them and does what he can to make their transition a little easier. His advice to them and other younger players is simple but it’s similar to what veterans told him when he was just starting out.

“It’s high stress, it’s high reward,” Giddens said. “You can make a lot of money, you can go all over the world playing basketball. But just love what you do. That would be my biggest advice, to love what you do, give it your everything and enjoy.”