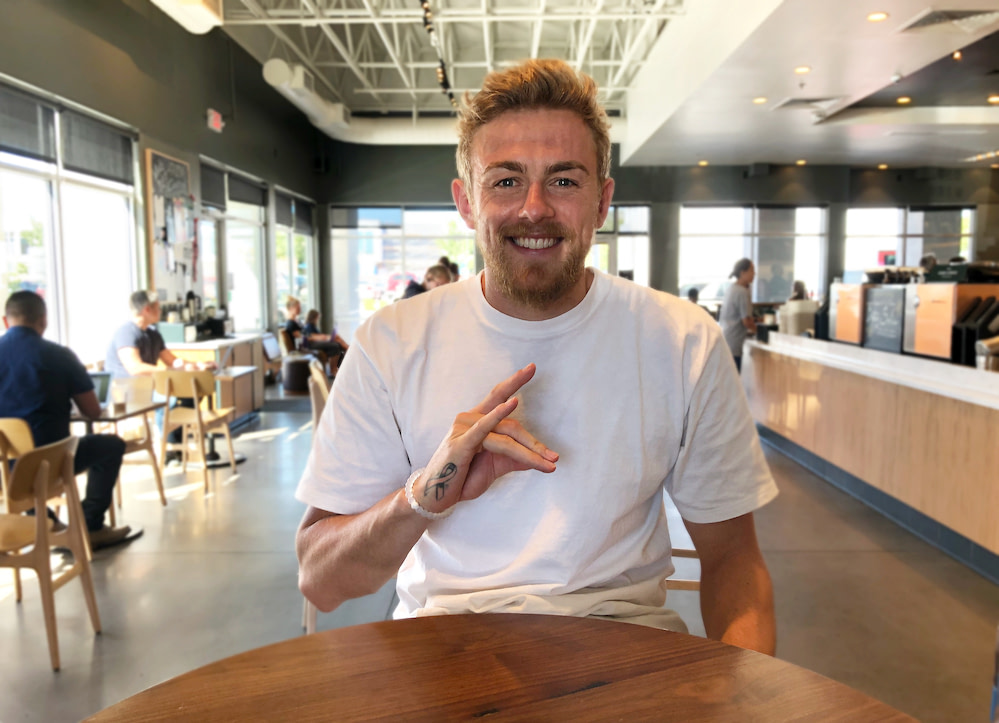 Hugh Greenwood's message to the Lobos

Hugh Greenwood still remembers the sound New Mexico fans made when he had the ball in his hands. “Huuuuuuuuugh” was heard though every corner of The Pit. He loved every second of it.
The Australian athlete was at UNM from 2011-2015 playing under Steve Alford and Craig Neal. He has been away from basketball for a couple years now, but he still has fond memories of his time with the cherry and silver jersey. Through his four years as a Lobo, he was part of a successful roster that took the trophy in the Mountain West Tournament three years in a row.
His most memorable moment, he said, was in 2012 when the Lobos defeated the then-no. 11 UNLV Rebels in Albuquerque. Lobo fans celebrated by rushing the court, which Greenwood admitted was something he had been dreaming about since he lived in Australia and would see it happen on games he watched on ESPN.
“San Diego State and UNLV were the teams that always got the five-start recruits, but we just had guys who played hard and bought into it,” Greenwood said. “We believed that we were better and we could win games. It paid off for us.” 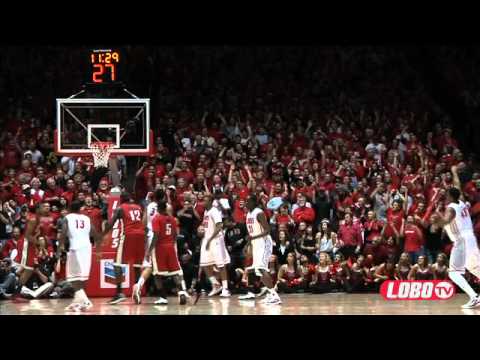 After Paul Weir took over as head coach for the Lobos, Greenwood received a letter from Antino Jackson, the player who wore the #3 jersey after he graduated. The team currently has lists of former players who wore each jersey number in the main locker room.
“Weir did a history check on guys who have worn the number and how prestigious it was, I got a letter thanking me for my contribution to Lobo basketball and how proud they will be to wear it,” Greenwood recalled. “It’s pretty cool Weir has bought in, especially coming from New Mexico State, an Aggie who has bought into UNM culture.”
Greenwood is one of several players whom Weir invited to talk to his team during offseason workouts. They knew each other from when Weir was with NMSU. Greenwood was also familiar with assistants Brandon Mason and Craig Snow and thought it was cool that they have done a full circle and are back with the Lobos.
Greenwood told Weir’s players about his own experiences as a former college basketball player and what he and his team did in order to be successful.
“The guys on paper look super talented. My message to them is that if they can buy in collectively, they are going to be pretty damn good,” he said. “Our team, if you spoke to people in the community now, they came in pretty underrated but we utilized the resources that we got here at UNM.”

Hugh Greenwood played basketball at UNM from 2011-2015. He is currently an Australian rules footballer.

Sports have always been a big part of Greenwood’s life, especially basketball. He loved hoops while he was in New Mexico and still loves them today. However, his focus is on another sport at the moment.
“I knew I was never going to be able to replicate what I had at UNM. I was never going to experience something as fun and as cool as that was,” He explained. “When the opportunity came to play Australian rules football, which the biggest and best sport in Australia, I took it. Thankfully it has paid off.”
The sport is tough, Greenwood said the average career span is about 20 games. He has 50 under his belt so far and wants to play for at least another three or four years. Once he retires from Australian rules football, Greenwood wants to return to college basketball as part of a coaching staff. As a coach, he said, he could use all his past experiences to help other guys accomplish their dreams.
Greenwood told the Lobos that if they made it into the New Mexico roster, they have a legitimate chance to play professionally and they really don’t have any excuses not to achieve that dream. He explained to them that they have the facilities, staff and fan base to give them all the support they need.
The school and the community also helped him a lot in other areas of his life. When his mom was diagnosed with breast cancer, Greenwood was inspired to start the Pink Pack fundraiser that gives profits to the UNM Comprehensive Cancer Center. That was his proudest accomplishment because it showed him how a community can get together to support a good cause. Greenwood said he was touched at how the community embraced him and his family, so he encourages current Lobo players to use that supportive environment for something good.
“If you play hard and you give yourself to the community, they will embrace you and do the same,” he told them.
Of course Greenwood also warned them that their experience is not going to be a walk in the park. It’s going to be a lot of hard work, but if they do the work, they can reap the rewards.
“It’s a tough place to play. Obviously there is a lot of expectations here,” he said. “For a lot of people, UNM basketball is what they live and breathe, so if you embrace that they will really embrace you. It’s a special place to play basketball.”
Nolan Dorsey commits to New Mexico
New Mexico remains undefeated at home after 27-point victory
Lobos look to start season on a high note
Men's Basketball 357 Pro Sports 12