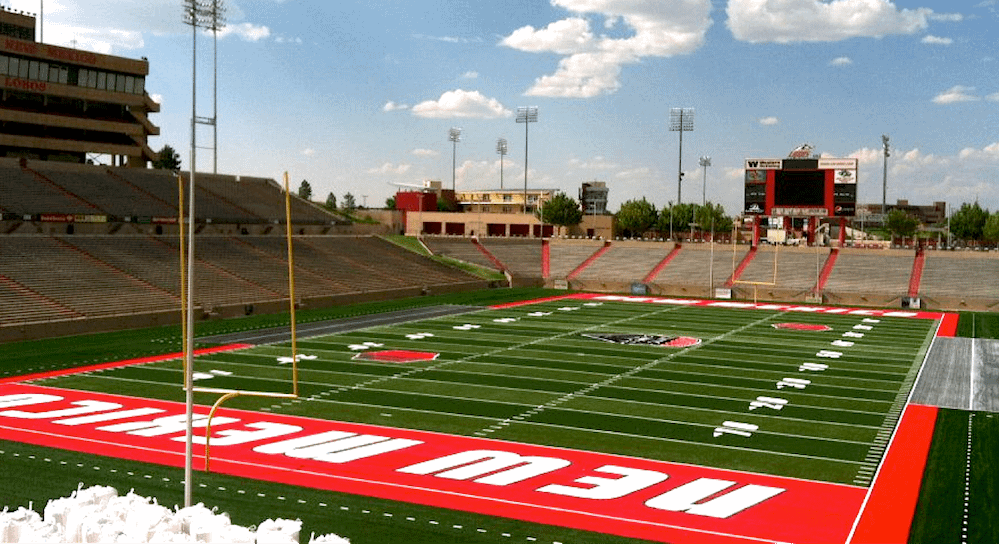 How did the newcomers and recruiting service do in Game 1?

UNM had 22 recruits who were composite rated by 247 Sports and 4 transfers. Eight of the freshman played against SJSU and three of the transfers. The number after the name of a frosh is his ranking out of 22.

The most notable freshman starter was S Tavian Combs (19) who tied for the team lead in tackles- although most were probably on receivers after the catch. WR’s Bobby Wooden (4) and Elijah Queen (6T) started after not being listed as first team on the Lobos depth chart. Also getting into the game were DL Ian Shewell(9), LB Syaire Riley (10),TE Conner Kinslow (13), WR Jace Taylor (14) and LB Ray Leutele- some just on special teams.

Notable absent from appearing in their first game as a Lobo were the first three top rated players, RB Nathaniel Jones (1), OL Leke Asenuga (2) and OL Jer marques Bailey (3). Bailey. a man mountain at 6-6, 350 was listed as second team prior to the cancelled CSU game. It is unknown why these players never took the field, except the usual, they were not good enough right now.

In the case of transfers, Coach Gonzales was more selective than Coach Davie – in just trying to fill some holes. JC transfers DE Jake Saltonstall and OL Isaac Gutierrez started as sophs. OL Ben Davis, a 5th year transfer from Minnesota was second team. CB Rich Hall a JC transfer is no longer on the UNM roster.

In summary, the number of freshman playing was about as expected, but the not the ones at the top of the rankings. Ratings by 247 Sports were fair, at best. Freshman rated below 15 were not expected to make much impact early, except Combs at 19, who was a real steal. This was due, in part, to not playing in Amarillo his entire junior year because of injury and being located away from the big cities in Texas.