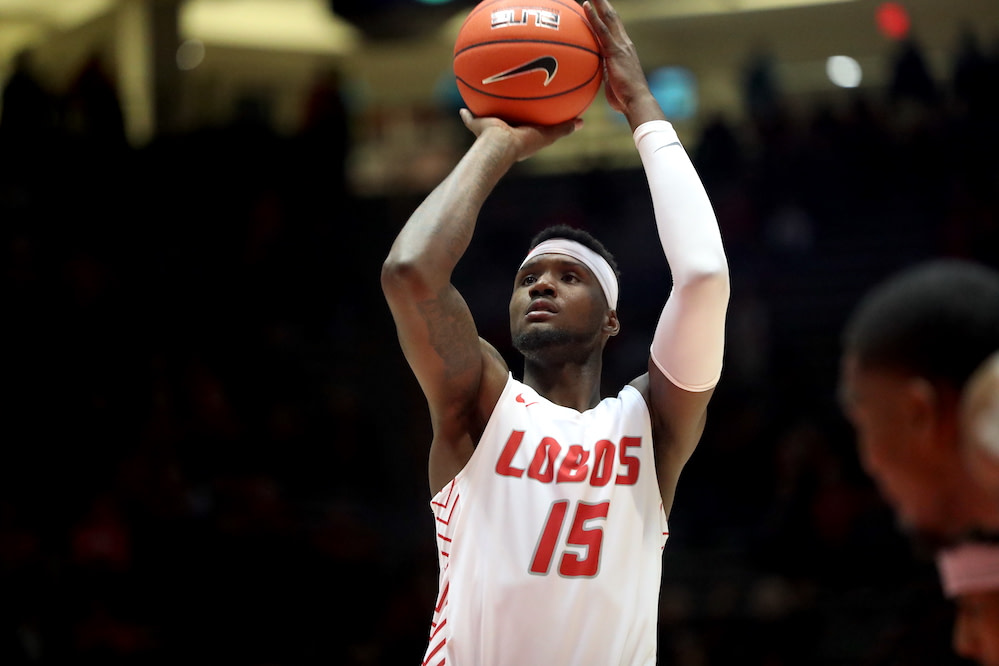 Bragg removed from the team

New Mexico men’s basketball redshirt senior Carlton Bragg was arrested for driving while intoxicated and possession of marijuana on Saturday night/Sunday morning. On Sunday evening, head coach Paul Weir released a statement saying Bragg will get removed from the team.

The 24 year old had just returned from a suspension, which had been caused by being accused of attempted rape in August, a case that is still under investigation. He rejoined the team on Jan. 3 and has played two games since then. Listed at 6’10”, he is one of two true bigs the Lobos count on this season, the other being senior Corey Manigault (6’9″).

The UNM Athletic Department put out the following statement on Sunday afternoon:

“The UNM Athletic Department has been notified that there was an incident regarding senior Carlton Bragg Jr. early this morning. The department is aware of the situation is looking into it further. At this time, there will be no additional comments from anyone at UNM.”

The arrest happened hours after New Mexico picked up a win over the Air Force Falcons at The Pit. The Albuquerque Journal reported that Bragg was arrested at 1:30 am at a sobriety checkpoint near Broadway Boulevard and Coal Avenue and that the officer said Bragg had said he drank two glasses of wine earlier in the night. The arrest records showed the player had less than one ounce of marijuana.

Weir said he became aware of the incident on Sunday morning and that Bragg will no longer be on the team. However, the coach expressed his support for him to finish his degree at UNM. Bragg walked in December but still needs a few more credits to officially graduate.

“This morning I became aware of an incident involving Carlton Bragg. Based on what I know at this time, I will be removing him from the team. My hope is that he can find increased time and attention to heed to his personal well-being. My sole purpose going forward is to support Carlton in his health and growth as a young man. The game of life is much more important than basketball right now. I still believe in him and hope this next step will allow him to develop into a strong, responsible young adult while also completing his degree here at UNM. I am rooting that this next chapter is his best one yet.”