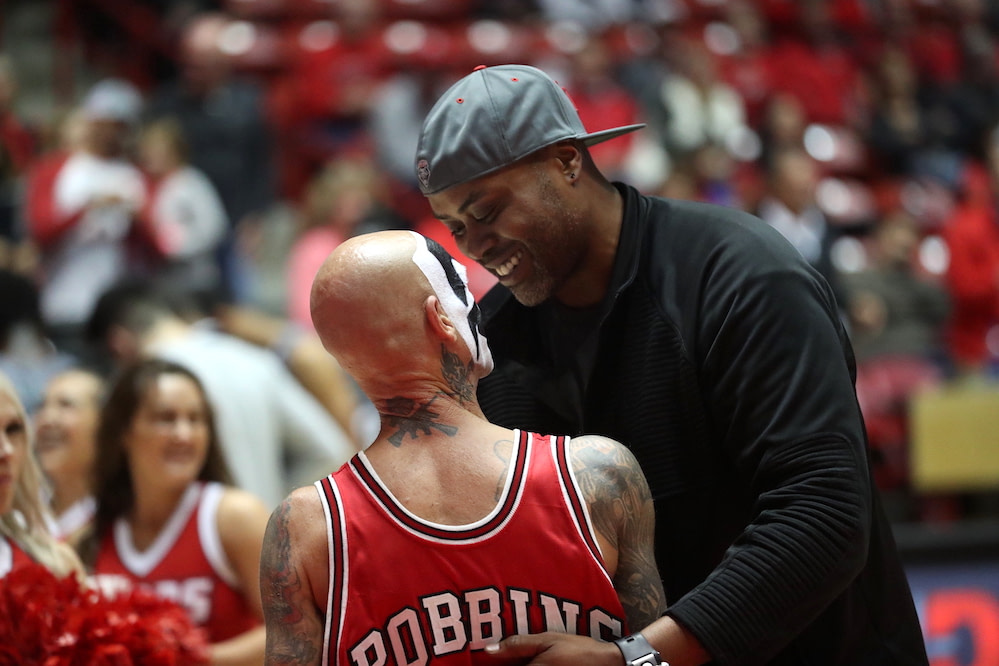 Former Lobo Kenny Thomas was recognized during the Lobos’ season opener on Wednesday.
After leaving the University of New Mexico in 1999, Thomas played in the National Basketball Association for a total of 11 seasons with the Houston Rockets, Philadelphia Sixers and Sacramento Kings.
Thomas currently lives in California but has been visiting New Mexico often as he is working on a couple projects in the state. He met with the Lobos earlier this year when he talked to them during a summer practice.
Before the season opener, Thomas went into the team locker room and also spent some time walking around saying hello to fans. He we was recognized during a media time out in the first half of the game.
“It’s a blessing being able to be honored. Especially the fact that it has been almost 20 years,” he said before the game. ” The fact that they are honoring me tonight is a blessing… Anything I can do to help UNM, I’m here for them. This is family.”

Kenny Thomas @kennythomasnba will be recognized at halftime today.

Lobos embrace the process as improvement continues
A hot second half sends Lobos to the next round of the tournament
TyTy Washington Jr. visits New Mexico
Men's Basketball 357