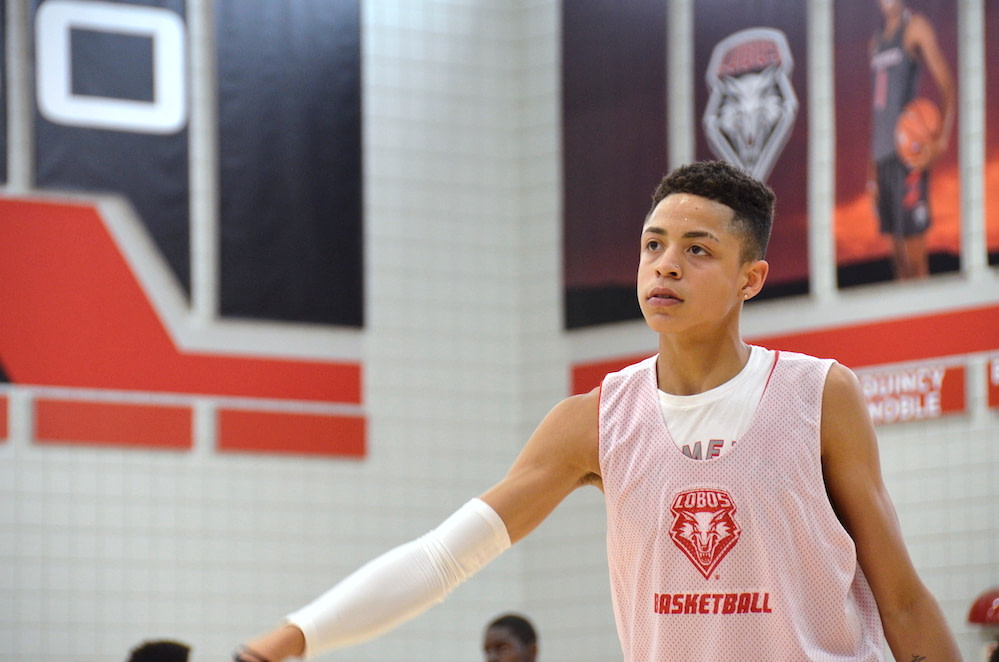 Originally part of the class of 2021, White graduated early from Santa Fe High School and was going to join the Lobo roster in the fall. Even at 18 year old, he was already a well-known name in the state of New Mexico. The Lobos offered him a scholarship in 2018. The Top 100 recruit committed to UNM last October.

The 6-foot-8 forward didn’t get to officially wear the cherry and silver jersey but players, coaches and fans already considered him part of Lobo nation. He visited Albuquerque often, including last in June 2019 for the New Mexico Elite camp.

“Not only am I trying to be a great basketball player, I wanna be a great person!” White tweeted last July. “I want everyone to say I love being around that kid because his energy is so positive and he never talks down on anyone or looks over anyone, he treats everyone with respect no matter who it is.”

JB White was a New Mexico legend on the hardwood and his career was only starting. Far too young. Our love and prayers go out to his family at this time. Rest in Peace.