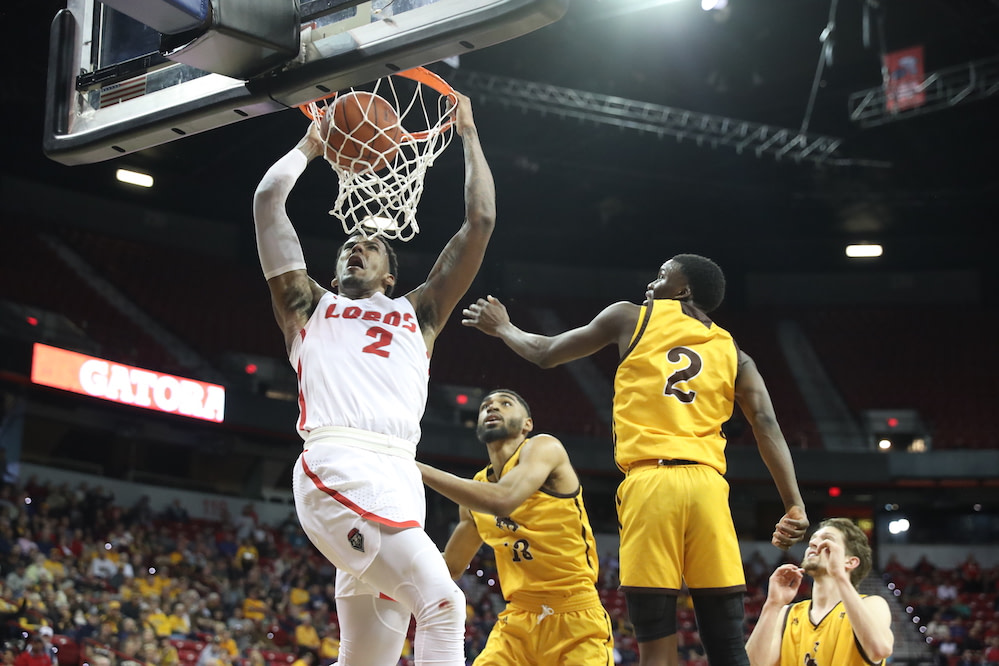 Watching from the bench for an entire season wasn’t easy for Vance Jackson, but the wait is almost over.

“I’m really excited,” he said. “Sitting last year watching the games and seeing how the fans in New Mexico engage and go crazy, I just can’t wait to play in front of them.”

Jackson sat out for one year due to NCAA transfer rules. During this time, he said he was trying to show leadership from the bench and help teammates with corrections when they struggled. In his mind, the thought was always the same “I want to play.”

His desire to be on the court began from a young age. Jackson said he was around five years old when he told his mom he wanted to play.

“I was watching some older kids, I was seeing them dunk. I couldn’t dunk at that time but just seeing that was cool,” he recounted. “I said I wanted to play at the highest level possible.”

Jackson said he was in seventh grade when he started to take the game more seriously. His passion for the sport showed through the success he had later on.

He began his high school career at La Salle High School in Pasadena, where he stayed for one year. As a sophomore and junior he was at St. John Bosco, and his final year he played at Prolific Prep.

During his freshman year at the UConn Jackson was on the court for 32 games, 21 of those as a starter, averaging 8.1 points and 3.8 rebounds per game. His three-point shooting was nearly at 50 percent during conference games. 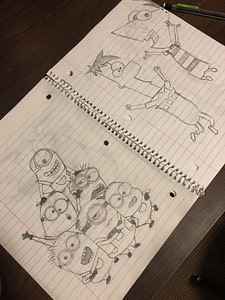 Jackson enjoys drawing and says he gets his artistic skills from his mother.

Basketball is a huge part of Jackson’s life, but he has other talents and interests as well. During his free time, he and his teammates play video games (Fortnite mostly) or hit the gym. When it comes to activities as an individual, Jackson likes to show his creative side.

“I’m an artist, I can draw anything, besides people,” he said. “My mom is an artist, so it just passed down to me. My little sister, she can draw too.”

Although he enjoys drawing, Jackson said it was just a hobby and would probably not consider it as a backup career if basketball didn’t pan out. Instead, he has other ideas.

“I want to own a business or something, I don’t know. I feel like I could do a lot of things,” Jackson said. “I would probably be like an actor or something.”

When asked to give more details about what kind of acting he would like to do, he said comedy is probably the genre that would suit him the most.

This led to his joke-telling skills being put to the test….

He began laughing and admitted he might not be the best at telling jokes but that he still thinks he could be a good actor. Whether it’s basketball or something else, Jackson likes to dream big so he makes sure to find good role models.

The people he looks up to include his own father, Kobe Bryant, and God.
For now, Jackson has to put his comedian/acting career on hold as college basketball season is quickly approaching.

Is he excited to finally play as a Lobo? You bet.

It’s been 521 Days since I last played a college basketball game 😳it feels so crazy 😩everybody is not built for this, you got to be mentally tough😤but with that being said the countdown is getting real😈 pic.twitter.com/EUATTiI0zV