Even through struggles, Birmingham set Lobo baseball for future success 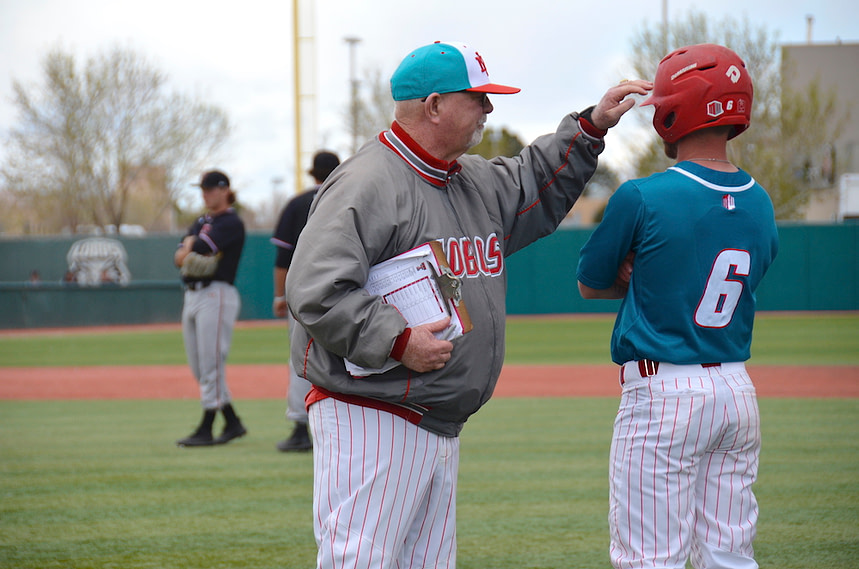 Ray Birmingham never applied for the baseball head coach job at the University of New Mexico, but on Monday he was emotional as he talked about his upcoming retirement at the end of the season.

“This is pretty rough. Come on, Cowboy,” he said to himself as he tried to begin his speech. “Because you’re my family, that’s why I have this color hat on.”

Birmingham stood on the home plate of the Santa Ana Star Field wearing a yellow hat with the UNM logo in red, colors that represent the state of New Mexico flag.

A great coach and amazing person is retiring at the end of this baseball season. Enjoy the grandchildren @BirminghamRay. pic.twitter.com/soo5zTzfAz

Being the Lobo baseball coach was not something Birmingham had planned.

Before his first season with the cherry and silver in 2008, Birmingham spent 18 years coaching at the New Mexico Junior College. He expected to leave baseball and take a job selling heavy machinery in Texas. That job was going to be very well paid, but Birmingham got a call from then-athletic director Paul Krebs with an offer for the UNM job.

Fourteen seasons later, Birmingham gave the Lobos four regular-season titles, three Mountain West Tournament titles and five NCAA Regional appearances. While he won’t be coaching anymore, he is sticking around for a little longer to help the athletic department with fundraising, which is something he is definitely good at.

The coach did more than just pick up achievements on the field, he helped upgrade the facilities. He said these were important for recruiting, and that UNM was definitely not competitive in that area when he first arrived. In 2016, the Lobos opened a 2.5 million baseball clubhouse. This season, the team is enjoying the $3.65 expansion of Santa Ana Star Field, which more than tripled the seating capacity.

There have been many challenges for Birmingham throughout his time at UNM. A couple years ago, baseball was in danger of being discontinued. The athletic department was choosing between baseball and men’s soccer. The soccer program was one of the most successful ones at UNM with 12 NCAA Tournament appearances that included a Final Four in 2013, and, the most recent one, a Second Round appearance in 2016. In 2018 the soccer program was set to be discontinued. 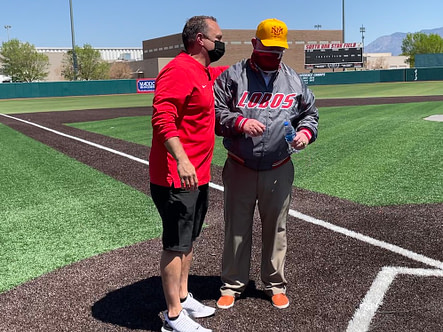 While baseball survived, Birmingham said recruiting was hurting after that.

In May 2019, the tragic news of Jackson Weller‘s death shook the program. The following year, the COVID-19 pandemic paused all sports.

Things haven’t been easy for the Lobos, and they haven’t caught much of a break this season either. Like many other programs across the nation, the team has had to deal with COVID-19 related uncertainties and pauses. New Mexico has had nine games cancelled since April 10, including the home series against UNLV that was supposed to happen this weekend.

Their current 8-14 record might not be where the Lobos wish they were right now, but there are still plenty of games left in the season and Birmingham said he has no doubt New Mexico will have a successful future.

“They are going to Omaha,” he said. “They’re going to make it one of these days and even if I’m in a walker, I’m going to be there.”

Birmingham is finishing the season, but he wanted the announcement of his retirement to come as early as possible because he wants the new coach to have time to get to know the roster and try to keeping some key players in the program.

Once the season is over, the coach will take on a different but also very important task: spoil his three grandchildren.

“I’m going to spoil the hell out of them,” Birmingham said.