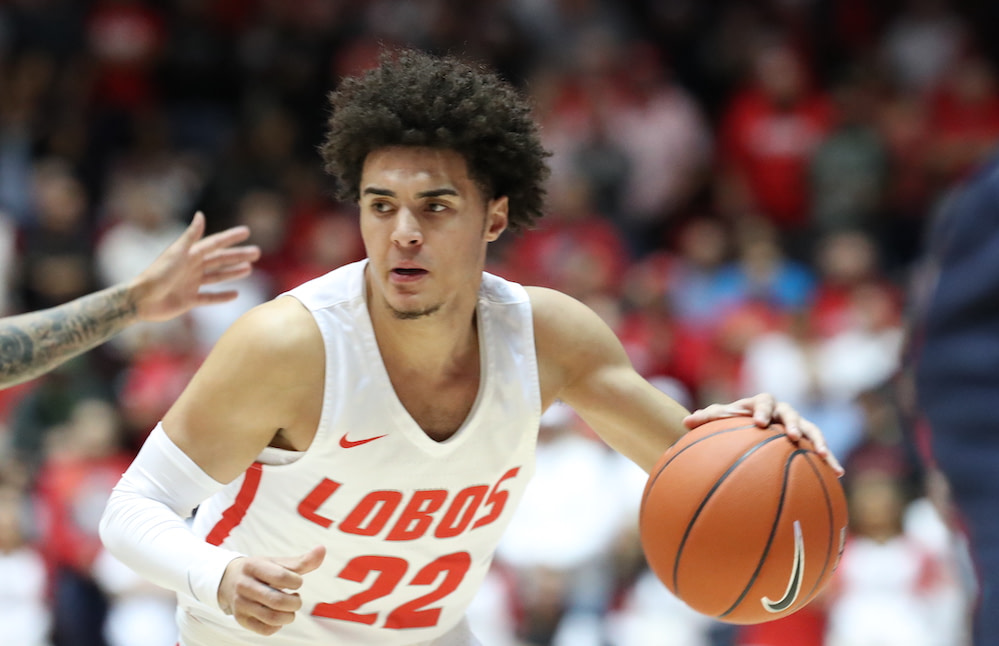 Sophomore guard Drue Drinnon announced he was transferring on Sunday afternoon.
New Mexico head coach Paul Weir recently said Drinnon had gone home because of personal family issues and it wasn’t clear when or if he would return. Drinnon was on the bench for Saturday’s game against CSUN but was not wearing a uniform, just a UNM polo.
On Sunday, Drinnon posted a statement on Twitter saying he was transferring so he could be closer to home due to a “serious family situation.”
“Thank you to each of you for the tremendous love and support you have given me through the season,” he wrote, “I will always support my coaches and Lobo brothers. Once a Lobo, Always a Lobo! Please keep my family in your prayers.”

Here is the message Drue Drinnon had tweeted to announce he is transferring.

Our thoughts are with him and his family. pic.twitter.com/PQDvUgCwif

The tweet became unavailable after a couple minutes. Drinnon said he had not deleted it. He said his account had all of a sudden been suspended and he got locked out.
The 6’1″ guard played in 27 games during the 2018-19 season, including eight starts.