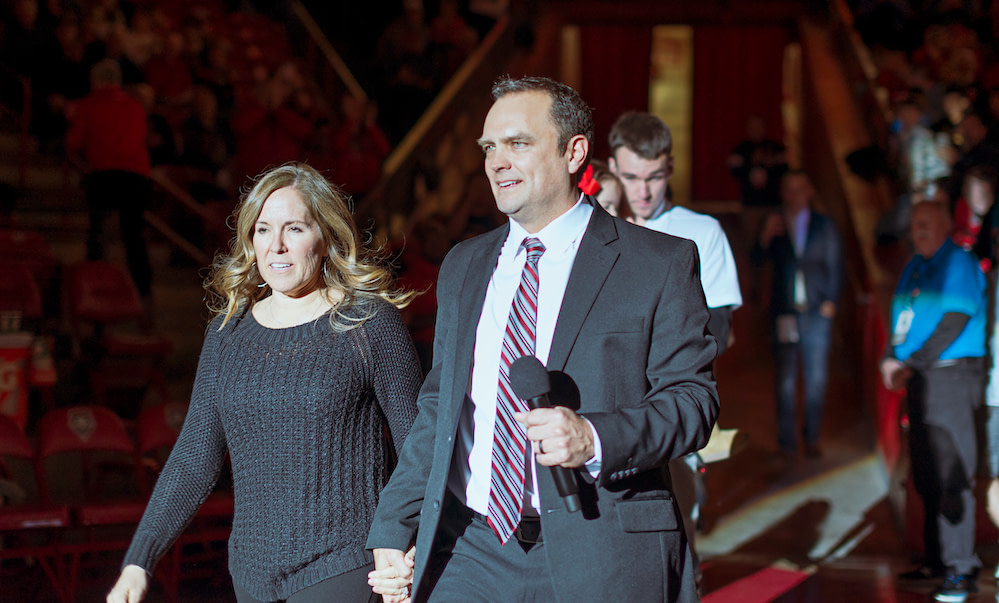 No more speculation. The University of New Mexico announced the hiring of Danny Gonzales as the new football head coach on Tuesday night. He will be officially introduced on Wednesday during a press conference at 12:30pm MT.

The announcement came from Athletic Director Eddie Nunez during halftime of the men’s basketball game against Grand Canyon.

“I’m home,” Gonzales said when he got handed the microphone.

UNM won’t be a completely new environment for him as he has experience as a Lobo player, staff member and assistant coach.

Gonzales is now the 32nd coach in UNM football history. The 2020 fall season will be his first time in a head coach position. He is replacing Bob Davie, who had been working in New Mexico since November of 2011.