Anyone have a link or a copy of the lobotalk schedule? 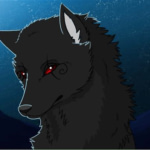 Anyone have a link or a copy of the lobotalk schedule?

Supposed to be every Monday, but has been moved a couple of times because of a Monday holiday and because of tonight's game.  Next one is set for Wednesday night.

A tweet was sent out saying it's tonight at 7PM.

Sorry, I did have it wrong apparently.  It is tonight!

Hard to listen to on the radio. About 70% of it got cut out intermittently due to technical difficulties. Not the first time that happened.

I heard Mike say we lacked a "go to" player this year. But the context was cut off. I assume Jaedyn was that player last year. If we don't have one this year, we need to recruit one this spring for next year.

Yep, only the broadcast, not the commercials. That was painful 😢... 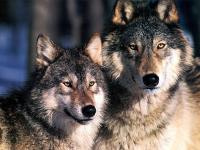 I heard Mike say we lacked a "go to" player this year. But the context was cut off. I assume Jaedyn was that player last year. If we don't have one this year, we need to recruit one this spring for next year.

"IF" he knew we would not have that player this year, shouldn't he have recruited that player last spring?

I'm afraid the demand for "go to" players (who can score without a play being set up for them) greatly exceeds the supply. There are very few such players in the MWC -- Young and Booker at UNLV and Ramos at SDSU. That's about it. Hofschild (CSU) and Avinger (SDSU) can also create their own offense. But at 5'2" they can also be forced into a bad shot when the shot clock is running down unless the referees bail them out with a foul.

I'd like to think that Paula, Aniyah, and Hannah have the potential to be "go to" players. But they aren't there yet. It takes a combination of athleticism, skill, and sufficient height to consistently finish shots from mid-range to the rim. The best example I can think of at UNM was Danny Granger, who was like a 6'9" guard. Just give him the ball at the top of the key, get out of the way, and watch him score. If we could only get more players like him to come to New Mexico...

So if he couldn't bring in one of those types last spring, how is this spring any different, based on what you just stated?

I didn't see last year as a go to player, but all 5 on the floor were a threat.  If focus was given to stop 1 or 2, the others would take over.

This year seems a bit different. Paula seems to be in her sophomore type slump a little. Guard scoring has been inconsistent and if Shai is taken out, we really struggle.

All that said, you play with what you have (and i like all of our players), and offense can be fleeting no matter how good you are, and makes team defense and rebounding even more important...

So if he couldn't bring in one of those types last spring, how is this spring any different, based on what you just stated?

It isn't different. But hope springs eternal. My point is you can't just go to the "Go To Players R Us" store and buy one. There hasn't been a WNBA player come out of the MWC in over a decade.

I'm on record as saying we haven't recruited well enough since Shai's class to be where we want to be. But I don't think it is for lack of trying.

@txlobo95 not defending or making waves, but I gotta believe they were expecting Amaya to be that player. Frankly, DlC and AT were only that player because of the talent around them. Last year you couldn't lay off of anyone of the starters. Someone would get hot. I think Jae will be that player in 2 years because of that first step. She just need time, and she needs to see to the side better. McCurt is a better driver than Vi, so something could come of that too. If Amaya would go up to shoot, instead of fade, I believe she would be one of the toughest players to guard in the league. She gets high enough she would probably draw a crap ton of fouls...

@txlobo95 not defending or making waves, but I gotta believe they were expecting Amaya to be that player.

I don't think so.  I think Amaya is providing exactly what they thought.  A very good defender, more size on the wing and a competent scorer, but not a go to or lead scorer.

The lack of low post scoring puts more pressure on the guards.  Thats why this team goes as Shai goes.  If she's aggressive offensively, defenses have to account for her.  It then opens things up for others.

Last player we had similar to String's description is Antiesha Brown.

The more I think about it, I don't think a go to player is our problem. We are inconsistent on defense and rebounding effort. Player wise, I think we lack balance as well. I can't imagine better go to guys than Mash and House on the men's side, but they were not near enough until the team became more balanced.

I still believe we can be pretty good as we are, with total team effort.  We just need to be fundamental in all aspects of the game, as we are not an offensive juggernaut.

I wish I could have heard Mike's complete conversation without all of the technical gaps because I may have missed some crucial takeaways. I don't think he was making excuses. He was simply saying that we have to run plays to have successful possessions late in games. And it is easier if you have a player who can find a way to score on her own talent. He also said something about our margin for error being smaller. But again, he got cut off from completing the thought over the air.

I did like that pick and roll that isolated Viane and Shai for an easy layup by Shai because you can't go under the screen with V's ability to make threes. We should try that more often.

Mike was simply saying that we have to run plays to have successful possessions late in games. And it is easier if you have a player who can find a way to score on her own talent. He also said something about our margin for error being smaller.

You mean like a Jaisa who can be tripled teamed and still score game winning buckets, like the one against Marquette?  Oh yeah, she also put up 39 on them, a ranked team.

Wow, there were a lot more people in the stands back then from the video. 😛

Jaisa played the greatest single game in the history of Lobo women's basketball against Marquette. But even then, Mike put it in Cherise's hands to take the final shot. Fortunately, it wasn't the final shot since Jaisa got the rebound, put back and one.

Cherise wasn't a particularly high percentage shooter, certainly not as high as Jaisa. But you also have to take into account the difficulty of getting the ball to a post player in a limited timeframe where she can take a 60% shot. That is why "go to" players are usually guards who can put the ball on the floor and get off a good shot with everyone else crashing the boards.

BTW, I agree that Antiesha was our last highly reliable go-to player. They aren't as rare as hen's teeth. But tall, triple-threat guards tend to wind up at P5 schools.

Feature: Drue Drinnon, sticking to Plan A
Lobos get rematch with Wyoming in first round of MW Tourney
Lobos look to snap losing streak to Colorado State
© 2020 The Lair NM. All rights reserved. Designed by Urban Walrus Creative