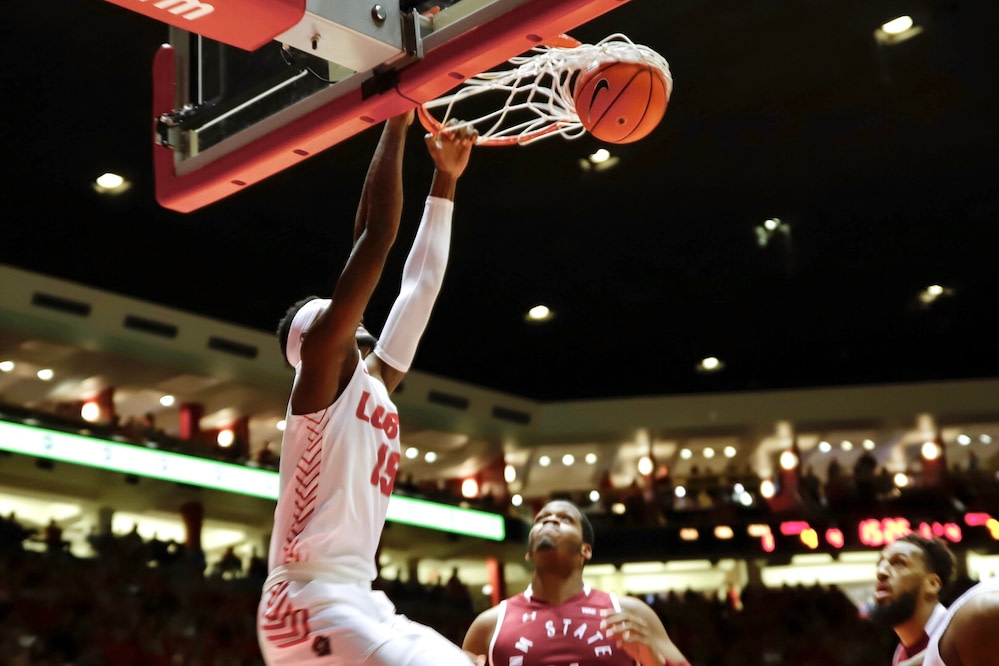 He walked in UNM’s Student-Athlete graduation on Friday, celebrated his 24th birthday on Saturday and received the Mountain West Player of the Week honor on Monday.

The conference award didn’t exactly come as a shock, as Bragg was able to collect 17 points and 17 rebounds against the New Mexico State Aggies over the weekend. This was his fourth double double of the season, which he accomplished by going 4-for-5 from the field and and 9-for-10 from the charity line.

Bragg is also doing well on the national stage, ranking 6th in total rebounds with 127, and 18th in rebounds per game (10.6).

This is the second straight week that the Lobos get the MW POW award. Last week it was JaQuan Lyle, as the redshirt senior helped his team start MW play 2-0 with an average of 22.0 points and 3.5 rebounds per game.