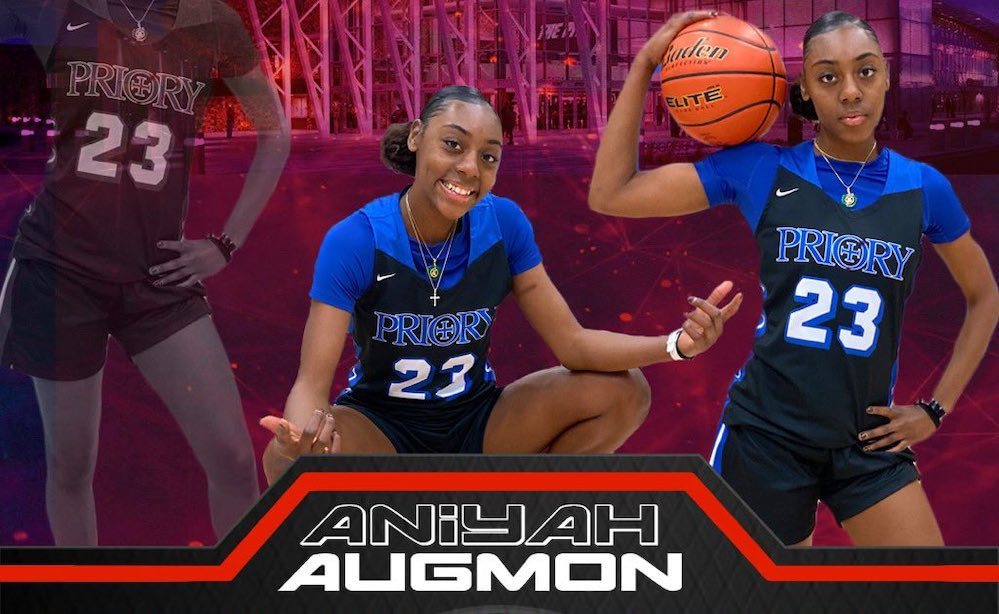 Class of 2021 Aniyah Augmon announced her commitment to the University of New Mexico women’s basketball team on Sunday.

The 5’8″ point guard posted her decision on Twitter with a note thanking those who helped her get to where she is at today.

“Dad, thank you for introducing me to the game,” Augmon wrote. “The 5 am morning workouts, individual workouts, dribbling and shooting training. It was helped me become better prepared for my next stage.”

As a member of the Woodside Priory varsity team, she led the 2019-20 roster in scoring with an average of 14.2 points per game. She also registered 7.1 rebounds, 2.1 assists and 4.6 steals per game.

Augmon thanked her traveling team and high school coach Buck Matthews for playing a role in her development on and off the court.

“He helped me from the time I was in the 5th grade when all I could do was play defense and barely score with the 8th grader squad to become the offensive player that I am now,” she said. “We still have work to do. I believe there is more to come on my new journey.”

Lobos after 1Q of MWC Play
Lobos Win Ugly 68-55 Over CSU, Move Back Into 1st With One Game Left
A New Branch off the UNM Coaching Tree
Women's Basketball 110