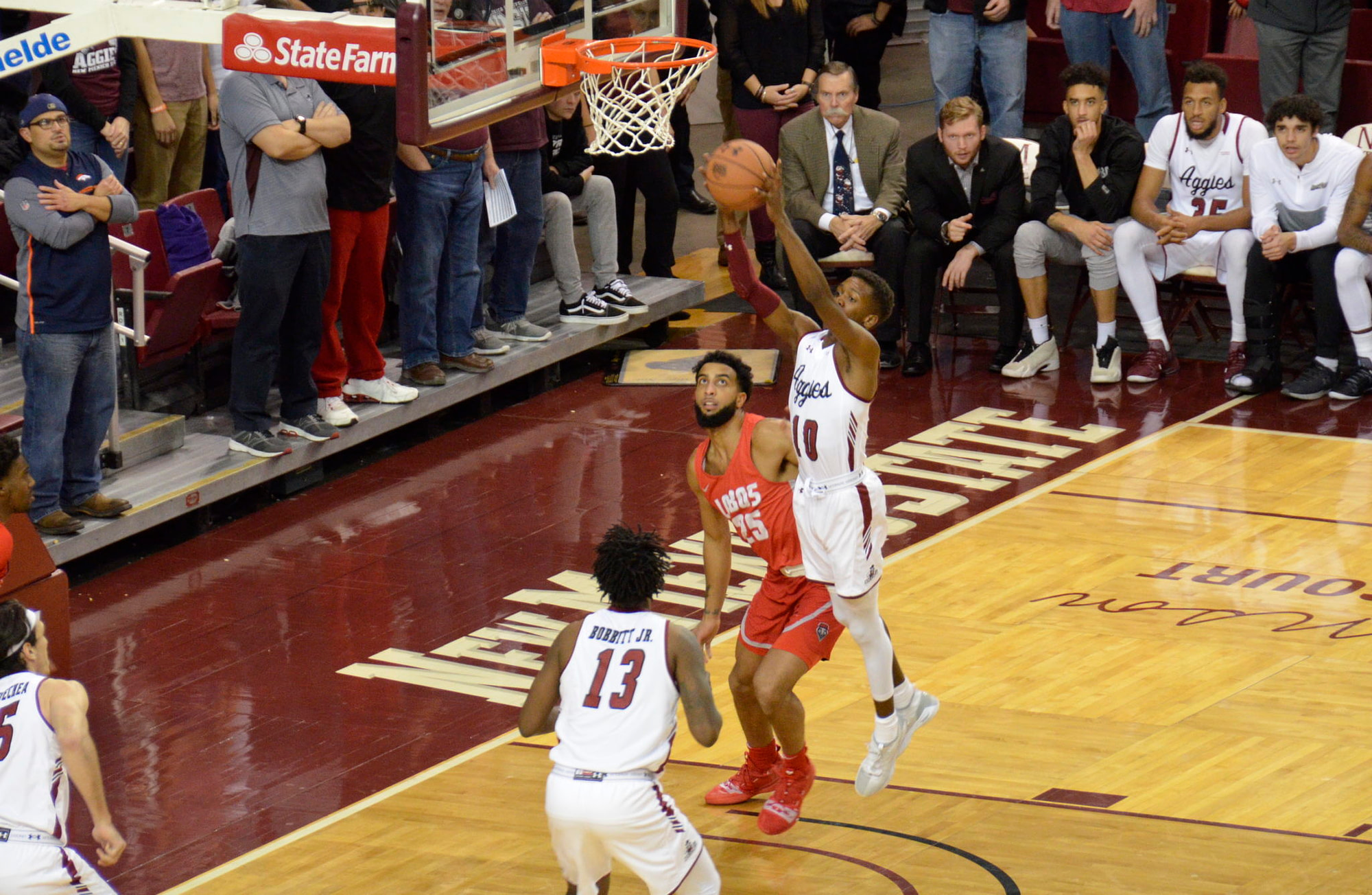 The University of New Mexico Lobos picked up their first loss of the season on Tuesday as they fell to the UTEP Miners. UTEP was the first opponent of a two-part road trip the Lobos are taking.

The second leg of the Rio Grande Valley tour is the New Mexico State Aggies.

The game itself is story enough with the Aggies dominating to Lobos in recent matchups. But this game goes even beyond the normal rivalry.

The Aggies only lost one starter (Eli Chula) from last year’s team that swept the Lobos. They will be playing the Lobos without Clayton Henry and AJ Harris who are out with injuries. The latter will rob us of watching a grudge match between AJ and JaQuan Lyle, the guy who beat him out at Ohio State. Terrell Brown, who led NMSU in scoring last season with 11.3 points per game, is also nursing a strained groined and hasn’t been playing like himself.

The other grudge match is with Lobo Corey Manigault, who played with 6’8″ Aggie Ivan Aurrecoechea at Indian Hills Community College. Their trash talking last year resulted in pregame conflict and Manigault receiving disciplinary action. So there is even more intensity than usual, not to mention the hard feelings Aggies harbor towards Lobos for stealing their young head coach, Paul Weir.

The Miners are a common recent opponent the two teams had. The Aggies faced UTEP on Nov. 12 and took a 65-50 loss. The 15-point loss to the Miners will be no factor in this grudge match of the Rio Grande Rivalry.  The Mountain West picks this as one of two Lobo non-conference losses.

Prediction: Lobos will beat the short-handed Aggies in a barn burner.