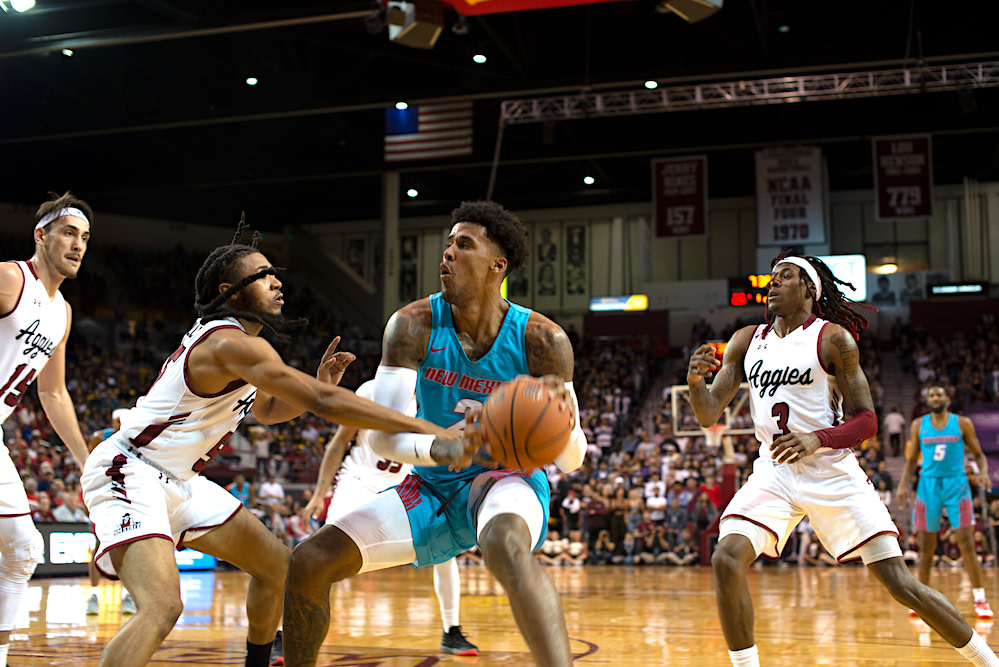 Auburn, the Lobo’s first opponent, is coming off an NCAA Final Four finish that included barely edging out the Aggies and an impressive string of blue blood wins over Kansas, North Carolina, and Kentucky.

Auburn loses their starting back court Jared Harper and Bryce Brown and third starter Chuma Okeke. They have able replacements ready to step in, but will miss their experience. This year they beat Southern Alabama 70-69 and Georgia Southern 83-74, so they are not untouchable. Lobos should be 7-8 point underdogs.

Wisconsin, who faces Richmond, has some big shoes to fill replacing all Big Ten first team Ethan Happ. They will be a guard-oriented team with three guards returning that all can fill it up from outside. Of course, the Badgers are always known to value every possession and make you earn your points. The Badgers started the year with 65-63 loss to St. Mary’s. they have since notched wins over Green Bay, Marquette, and McNeese State. All solid double-digit wins.

Their A10 opponent is the Richmond Spiders. They return four starters…point guard Jacob Gilyard has 868 points, 290 assists and 177 steals in 2 years. According to Lindys, only Jason Kidd and Allen Iverson have reached those numbers by the end of the sophomore years. 6’10” Grant Gold averaged 17.2 ppg and 7.2 rebounds and is a double-double threat any time he takes the court. So far this year, Richmond is 4-0 with a 30 point win of McNeese State and 28 point win over CSUN.

Richmond should be 2-4 point under dogs.  I will bet Lobos and Spiders and take the points.