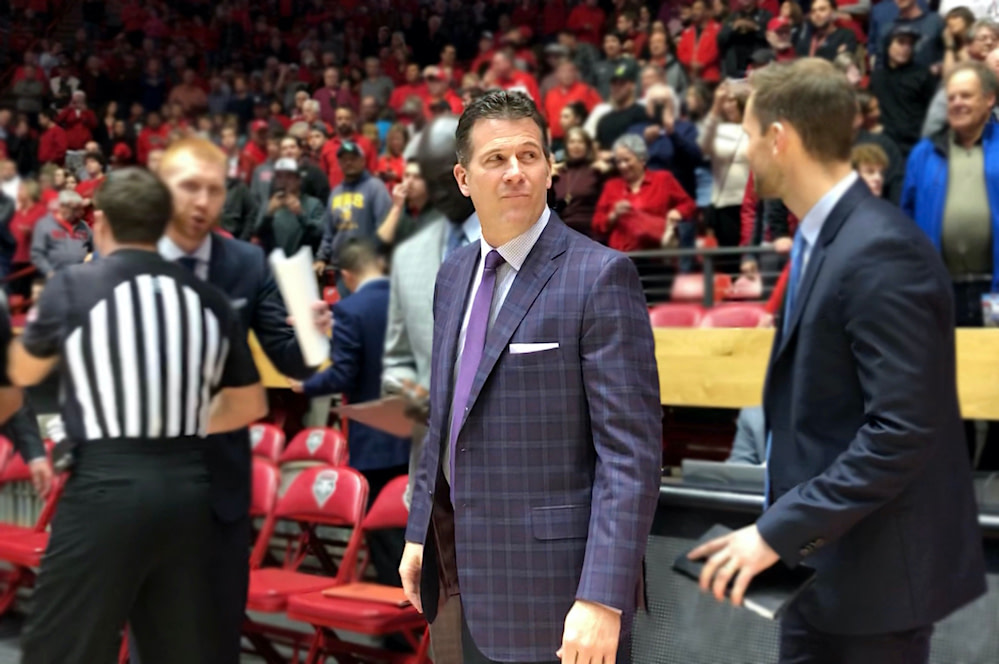 Alford talks about his return to The Pit

There was a lot of booing, mixed with a little bit of cheering, when Steve Alford and Craig Neal walked down The Pit ramp and again when the announcer called out their names. But to Alford, that is exactly what needed to happen on Tuesday night.

The former Lobo coach, now head coach of the Nevada Wolf Pack, said it was bittersweet to return to Albuquerque and have to play against a team that he genuinely still cheers for, whenever he is not playing against them. He explained that it was an odd feeling for him and Neal, associate head coach, to be walking on the court as the opponents, but he already knew what to expect.

It’s going to be a loud Pit tonight. pic.twitter.com/xcXSHPeaZK

“When you are blessed to be here for six years like I was, and coach Neal for 10, you understand what that Pit is and you have a great appreciation for it,” Alford said. “Whether it was booing or an ovation, I expected it to be loud. I expected it to be pro-Lobo red. That’s why we loved it here and that’s why we still love this place.”

Alford got the Lobos six Mountain West titles during his time at UNM (four regular season titles, two tournament titles). His departure in 2013 was not something a lot of fans were happy about, but many are still thankful for what he achieved for the program.

To catch up on the Alford era, check out Steve Alford: A bitter departure from the Albuquerque Journal.

When he left, Neal took over and grabbed another MW title for New Mexico during his first year as the head coach. Neal’s departure was different. He was not as successful after that first season. Four years were enough for the school “to move Lobo Basketball in a new direction.”

Alford’s sons married women from Albuquerque. He said he has a lot of love for people in this city, but he did not expect them to show him much love this week. He did try to soften things up, going as far as giving “Snake,” a well-known New Mexico fan, a Nevada jersey. But overall, he saw the crowd’s tough reaction as a good thing.